"The Social Dilemma" director hopes to spark a movement

"The Social Dilemma" director hopes to spark a movement 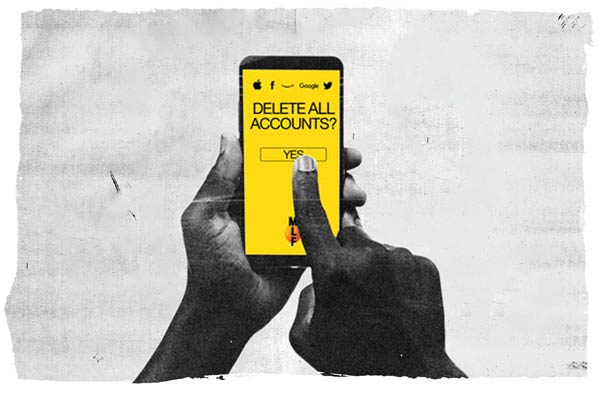 "A group of programmers are actually reprogramming civilization."

A new report from the House Judiciary Committee's antitrust panel deems that Apple, Amazon, Google, and Facebook have abusively wielded their monopoly-like power. The panel found that the "tech giants" hobbled innovation, slashed consumer choice, and threatened democracy itself. "These firms have too much power, and that power must be reined in and subject to appropriate oversight and enforcement," the panel wrote. "Our economy and democracy are at stake."

The panel's conclusions are not dissimilar to those of Jeff Orlowski, director of Netflix's top-10 hit "The Social Dilemma." "Hiding on the other side of our screens is code that is invisibly reshaping our society," Orlowski said following a recent screening of his alarm-sounding documentary. "A group of programmers are actually reprogramming civilization."

Olrowski hopes that his film will spark a movement to stop social media from "rendering people into profitable revenue streams" — and, in the process, dehumanizing and exploiting them. "Tech problems are code that people can change," in his eyes. And if enough people demand that change, their representatives in government may be compelled to write changes into law that will bring Big Tech to heel.

But that alone is not enough. Without the clear expression of the people's will, the government will do too little, too late. Just as environmentalists have responded to the civilizational threat posed by climate change, a new activist movement must take up the cause of the mental environment's destruction at the hands of technology firms. We invite you to do righteous battle against the powers of Big Tech. Join the Mental Liberation Front . . .  take back your mind by force.