Will Autocracy Die or Thrive?

Will Autocracy Die or Thrive? 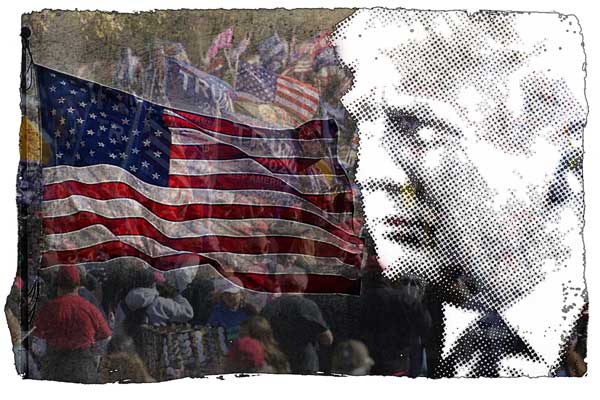 We're caught up in a pivotal moment. The American people await the president's concession. The country — along with the rest of the world — could be thrown in one of two directions.

In the first, Trump, crumbling under the twin pressures of history and democracy, swiftly concedes the election to Biden and slinks out of the White House in January with his tail between his legs. With Trump's repudiation, the autocrats and would-be strongmen of the world are put on notice, and a new day dawns for justice.

In the second, Trump clings on stubbornly to power. His enablers encourage him to double down in the face of every precedent handed down to him by his presidential forebears. Confidence in democracy is all but lost, and a dangerous new example is set for future demagogues — both at home and abroad.

It's down to this: Will autocracy die or thrive? Every day that Trump refuses to acknowledge Biden's win and denies him a smooth transfer of power, the forces of despotism grow bolder. And as democracy wanes in the United States, prospects for democracy look bleaker in every corner.

All eyes are on America. Will one man's bullying and bluster undo the work of centuries? Or will the promise of a vision put forth in the dim light of the past survive to see a brighter day? Trump must make his decision, but we the people are the final arbiters. If justice calls, what will you do?