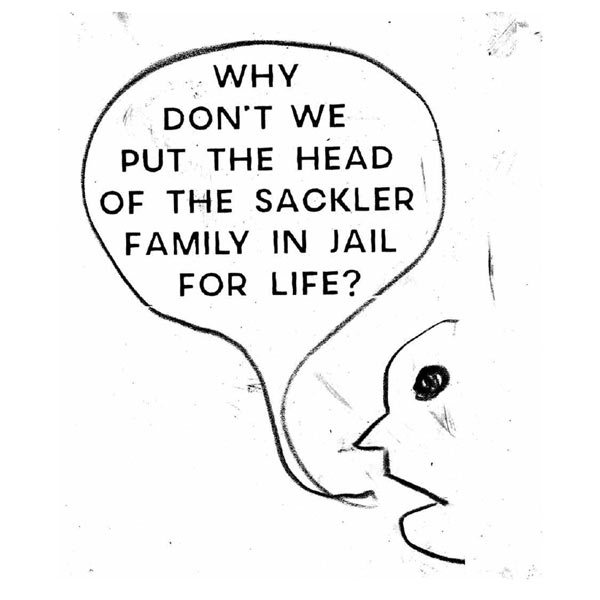 For two decades Purdue Pharma peddled the falsehood that OxyContin, the painkiller at the heart of the deadly opioid epidemic, was safe and non-addictive.

“More people in the United States died from overdoses involving opioids in 2017,” in Nature’s account, ”than from HIV- or AIDS-related illnesses at the peak of the AIDS epidemic.”

“Nearly 500,000 [Americans] died from overdoses involving any opioid, including prescription and illicit opioids, from 1999-2019,” according to the CDC.

Those hundreds of thousands of deaths were fueled in large part by Purdue’s lie-fed pushing of OxyContin on doctors and patients alike. The company — which is owned by the Sacklers, one of the richest families in the U.S. — made tens of billions in the meantime.

While further waves of opioid-overdose deaths continue to surge, more than 600,000 claimants are seeking justice. The Sacklers have agreed to give up ownership of Purdue and contribute $4.5 billion to a collective settlement with the claimants.

But the terms of the settlement are far from fair. “Besides protecting the company from further legal action over opioids, the plan includes a blanket release from civil lawsuits for Purdue’s owners, members of the billionaire Sackler family,” as reported by The New York Times.

This is a blatant miscarriage of justice. The calously criminal Sackler family simply cannot be absolved from further legal responsibility in exchange for cash. That’s bald-faced bribery — and a gargantuan insult to the dead and grieving.

For the hundreds of thousands of lives they ruined, there’s only one place for the Sacklers.

And that’s behind bars — for life.