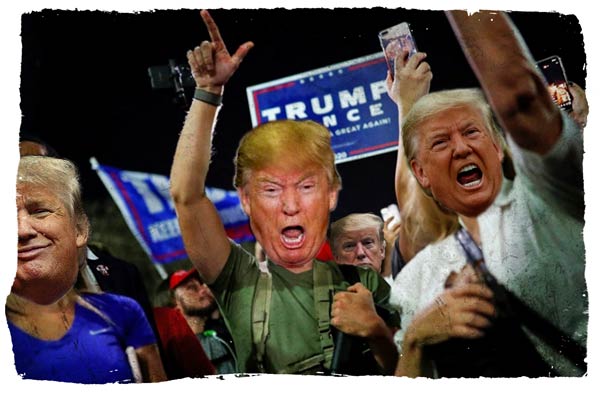 Turning on their maker, Trump supporters chanted "Fox News sucks" and "Shame on Fox" outside a vote-counting facility in Arizona. The crowd seemed to be acting on a tweet of Trump's, in which he said that "Fox News should retract their call immediately" after the network called an electoral win for Biden in the state.

In the same tweet, the president claimed "We only need 61 percent of the outstanding, uncounted Election Day votes in Arizona to win." This, in turn, provoked the protestors to cry "Count the votes." Meanwhile, their ilk in other states where in contrast Trump appeared to hold the lead, shouted "Stop the count."

Irrational, unthinking, suggestible, fanatical — since 1996 the Fox formula has spread like . . . well, a viral infection. But also like a virus, after it has been released its transmission is unpredictable, out of control, and liable to consume everything in its path if left unchecked.

In opening Pandora's box, Fox News unleashed the potent power of reactionary denialism. It may once have harnessed that unwieldy power to serve its own ends. But now, the monster that Fox created — finding a more flattering and godlike authority in Trump — may be casting off its trappings . . . and turning on its maker.