Remembering the many lives of our friend David Graeber

Remembering the many lives of our friend David Graeber 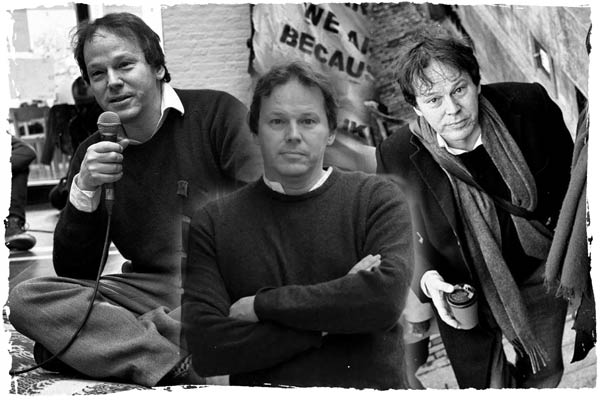 David Graeber, the anarchist intellectual whose early efforts in Zuccotti Park made Occupy Wall Street an era-defining movement, died Wednesday, September 2. He was 59.
In anticipation of the occupation, Graeber figured prominently among the initial group of activists who organized the New York City General Assembly. During the six weeks that led up to the encampment, he helped to establish the principles of direct democracy that came to characterize the Occupy moment. "David’s first meetings with activists in New York were critical," remembers our co-founder and editor-in-chief Kalle Lasn. "Without him, Occupy Wall Street would not have happened."
In a heartfelt tribute, our comrades at ROAR Magazine remember "the many lives of our friend David Graeber," whose passing "has sent shockwaves through the activist community and the international left more generally." By them and us and many others, he will be sorely missed.