Pandemic or Not, Capitalism Marches Onwards toward Techno-barbarism

Pandemic or Not, Capitalism Marches Onwards toward Techno-barbarism 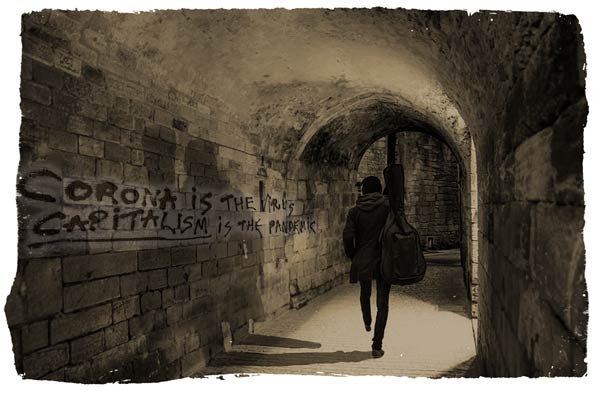 As Western nations continue to grapple with the pandemic, it is apparent that Covid-19 has landed the death blow to the neoliberal capitalism that has dominated the global political and economic landscape of the last few decades.

Tethering the line between a neoconservative economic system and progressive social values, the contradictions of the Western status quo have finally caught up to it in the apt form of a literal virus. While Western nations flounder, unable to balance economy and public health, the “Four Asian Tigers,” a name filled with colonial fear, were able to deploy authoritarian top-down measures which curbed the virus and prevented the economic crisis of the market plaguing the West.

Ironically, the countries which the colonial West exported capitalism to have been able to resolve the contradictions that the West grapples with by shedding the niceties of neoliberalism and espousal of freedom, breaking capitalism “free of the shackles of democracy,” as Slavoj Zizek fittingly puts it. In the same way the colony of America overtook the empires of Europe by experimenting with a new system in capitalist democracy; today we see China, South Korea, Indonesia and other economic powerhouses of Asia rising globally by embracing this new form of authoritarian capitalism that filters out the excesses of liberalism.

Time and time again, capitalism manages to evade the crises its spawns by insidiously assimilating the needed measures to prolong its death march to a climate apocalypse. In countering such a pragmatic force, a staunch dogmatism and commitment to the values of freedom and egalitarianism must be met. To win the planetary endgame, we have to take charge of our own destiny . . . hack our way into the capitalist algorithm and reprogram the system from within.