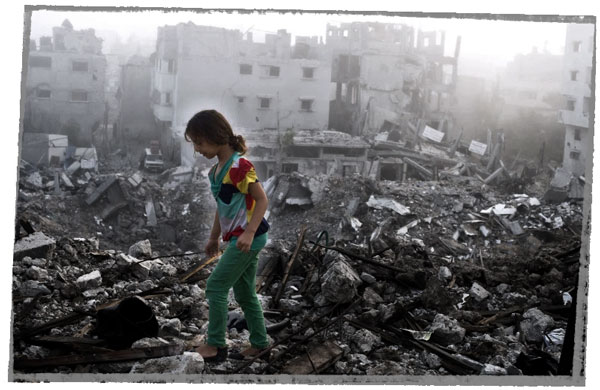 Since the cease-fire, the mainstream media has all but gone silent on the suffering in Gaza. But don’t take that silence for a resolution. Despite the pause in the fighting, not even Al-Aqsa mosque, a holy house of worship, has been let alone. Even as the blood dries amid the wreckage, Israel’s jackboot continues to stamp down mercilessly on the long bruised-and-battered faces of Palestinians.

But this much is clear: the fight for freedom will live on for as long as apartheid conditions are maintained by occupying Israel and its international abettors. (Here’s looking at you, White-House humanitarians.)

Nor has the fight let up at other flashpoints in the global struggle for justice. The plight of the people — in Myanmar, Belarus, Honk Kong, and a million other embattled locales — is happily forgotten almost as soon as the headlines stop mentioning them. But their absence from the news cycle doesn’t mean that their cause has any less urgency. It only means that their woes are no longer deemed attention-grabbing enough to turn heads — and a profit.

It's up to us, the Third Force, to stand up to the media’s exploitative indifference and shine a light on injustice worldwide. But even more than that is required. In every corner of the globe, we the people — with the most revolutionary tool ever invented in the palms of our hands — must rise up and come together to form a movement that operates completely outside of geographic borders and existing political structures. We have to jump over our current crop of leaders and political parties and start calling the shots from below.

It’s time to hatch a new grand narrative, a set of ideas so fundamental, so systemic, so profound that a sane sustainable future is unthinkable without them.

It’s time to imagine a world that computes — for all.