COVID-19 Strikes the President. What Now?

COVID-19 Strikes the President. What Now? 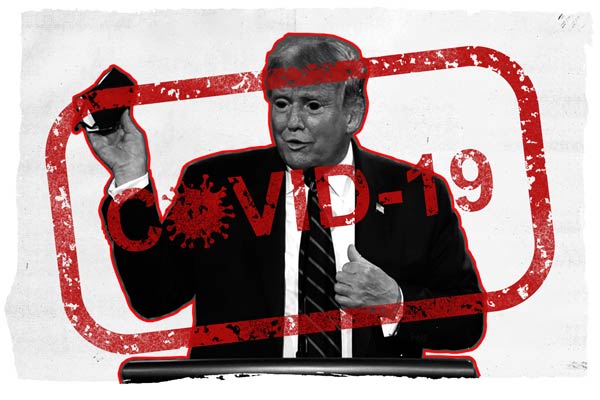 After months of downplaying the threat of the virus that has killed over 200,000 Americans (and, tragically, counting), the president and first lady have both tested positive for COVID-19. According to the president himself, the pair will quarantine for an unspecified duration in the White House. With little over a month until election day, and less than two weeks until the next presidential debate, the future of the incumbent's campaign — and of the country — is thrown into new depths of uncertainty. Will he recover in time to belittle the virus' severity, further complicating the U.S.'s shambolic mismanagement of the pandemic? Will he once again promote disproven remedies, much like his once-infected Brazilian counterpart? Or will President Trump's ailing health elongate the shadow of anxiety that extends over a Union already wracked with natural disasters, bitter divide, unrest, and economic recession? In the darkness looms little light. The president's wellbeing, and the nation's, hangs in the balance.