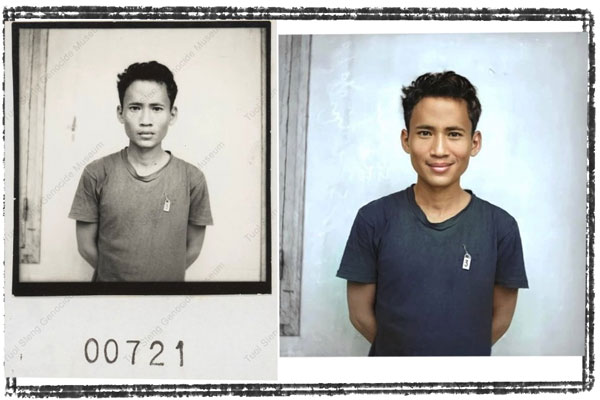 Vice recently ran an article in which photographs of Cambodians disappeared by the genocidal Khmer-Rouge regime were colored and altered to appear as if smiling. But after receiving a rash of outraged complaints from Cambodian cultural and political institutions, the article was taken down.

The Ministry of Culture and Fine Arts claimed that the manipulated photos "seriously affect the dignity of the victims, the reality of Cambodia's history, and the violation of the rights of the [Tuol Sleng Genocide] Museum as the lawful owners and custodians of these photographs."

Neth Pheaktra of the Khmer Rouge Tribunal (jointly established by the Cambodian government and the UN) called them "immoral" and an "insult" to the victims.

Some two million people met gruesome deaths at the hands of Pol Pot's Khmer Rouge between 1975 and 1979.

In the original article, image-manipulation artist Matt Loughrey was quoted as saying that "[o]ne of the classic things is to try to be friendly with your captor. So a smile would seem natural. I'm sure it's very easy for the oppressor to smile, because they have all the power, and when you see a smile, you may try to mirror it in order to become synchronized with your captor. To make yourself feel like you have some control."

Some insist that this approach is not only distasteful but sinister. "Matt Loughrey in Vice is not colourising [the] photographs," according to photographer John Vink. "He is falsifying history."

Where do you stand? Should reality be manipulated? Do Loughrey's touched-up photos constitute thought-provoking art — or damaging falsehood?