America at the Edge of Autocracy

America at the Edge of Autocracy 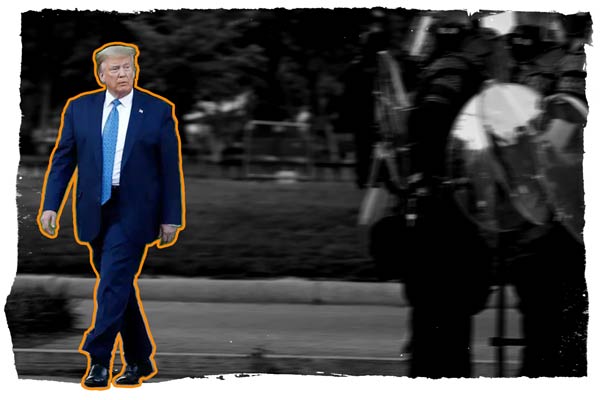 In an established autocracy — like Vladimir Putin’s Russia, Recep Tayyip Erdoğan’s Turkey, or Mohammed bin Salman’s Saudi Arabia — it is nearly impossible to criticize or to investigate the autocrat. In the liminal condition in which we now live, with public institutions threatened but not yet defeated by an elected President, the would-be autocrat must still face the indignities of journalism, legal inquiry, and popular opposition. He must also face an open election. The polls suggest that Joe Biden currently leads the 2020 Presidential race. We suffer no delusions: Trump has on his side demagogic skill and ruthlessness, a willingness to break any norm or law in order to win. Nevertheless, we hope that Biden will displace him by a margin that prevents prolonged dispute or the kind of civil unrest that Trump appears to relish. Ideally, Biden will have an opportunity to govern with Democratic majorities in both the House and the Senate, which would vastly increase his chances of passing legislation to confront the nation’s array of crises.

— Excerpted from the New Yorker