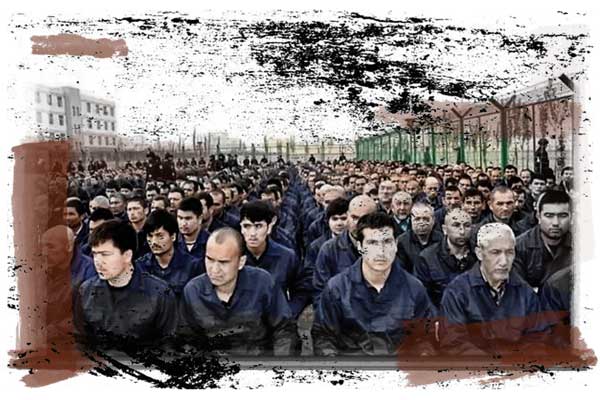 Canada's House of Commons delivered an uncontested rebuke to Xi Jinping's Chinese Communist Party by declaring that the Chinese state is committing a genocide of Muslim minorities in Xinjiang province. Prime Minister Justin Trudeau and his cabinet abstained from voting.

In heavily surveilled Xinjiang, over one million Chinese citizens belonging to ethnic, religious, and linguistic minorities — most of whom are Muslim Uyghurs — have been interned in so-called "re-education camps." Scores of reports allege that the camps are hotbeds for ideological brainwashing, slave labor, torture, rape, and attempts to curb minorities' birth-rates — including forced sterilizations and abortions.

"When the Nazis were exterminating Jews, the world did not believe until [it saw] the liberated camps," said Kayum Masimov, a former teacher in Xinjiang, in a news conference hosted by Canada's Conservative Party. "Today the Chinese Communist Party are holding Uyghurs in concentration camps and killing them. Yesterday’s Jews are today’s Uyghurs."

China's embassy to Canada fired back, decrying what it deemed an "anti-China farce" and — in a novel variation on the Soviet quip "and you are lynching negroes" — urging that Canada "reflect deeply on the tragic history of its indigenous people." (A recent government-mandated inquiry found that Canada did, indeed, commit genocide against Indigenous peoples.)

According to Uyghur-Canadian activist Mehmet Tohti, Canada's declaration amounts to the first official recognition of the Uyghurs' genocide by a legislative body. (The U.S. State Department issued a similar declaration earlier this year.)

But official statements are one thing —stopping atrocities is another. Boycott every company, and every brand, complicit in Xinjiang's forced-labor camps. Heckle your representatives until they acknowledge that slavery and genocide have no place in today's world. Press them to take diplomatic or economic action against the genocidal tyrants in the CCP — freeze assets, sanction, whatever it takes.

It's time for BDS to come to Beijing.