Humanity today faces many daunting challenges. To dig ourselves out of any one of these holes, we're going to have to rally historic reserves of grit and gumption to each cause.

But the tasks at hand are not insurmountable. Though they will require us to search deep within ourselves — not only for the way, but for the will necessary to face them — we must rise to the occasion if we are to have any kind of viable future. The survival of our species (and many others) depends on it.

Acting as one, we can overturn the failing neoliberal order, revitalize democracy and secure a sustainable future that computes. But only if we can summon the radical ideas and revolutionary spirit equal to overcoming these threats — existential threats that we all must face together.

We're at a tipping point. The internet has reversed a centuries old power dynamic. Billions of us now hold the most revolutionary tool ever invented in the palms of our hands. Backed by collectives like ours, the streets have unprecedented power. After centuries of rule by kings, emperors, tyrants, mad men, fascists, communists, Maoists, military dictatorships, corporations and white supremacists like Donald Trump, we can now take charge of our own destiny and start calling the shots from below.

Today we are 10,000 strong. Tomorrow we will be 100,000. The day after next, we could amass a billion people — enough to spark a world revolution in how we live, love and think.

Be one of us. Be one in a billion! Join the Blackspot Collective — our global network of activists, artists, writers and revolutionaries — for tactical briefings, campaign info and critical intelligence.
Let’s get together, build an empowered global network, share ideas and tactics, and propel the world in brave new directions.
‍
See you in the streets . . .
‍
Blackspot Collective
Activist wing, Adbusters Media Foundation 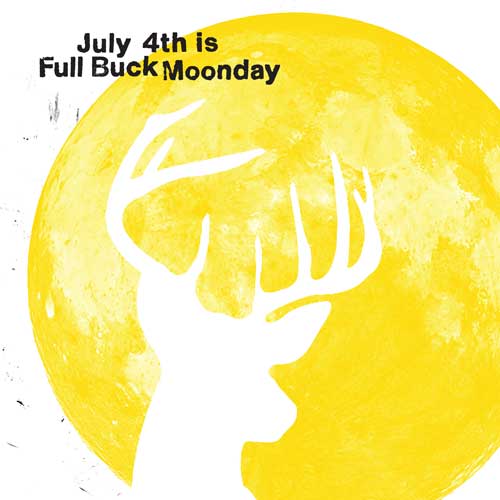 This year, Full Buck #Moonday lands on the same day as Independence Day. So on July 4th, put away your devices, slow down a bit . . . . . . and disconnect from America. 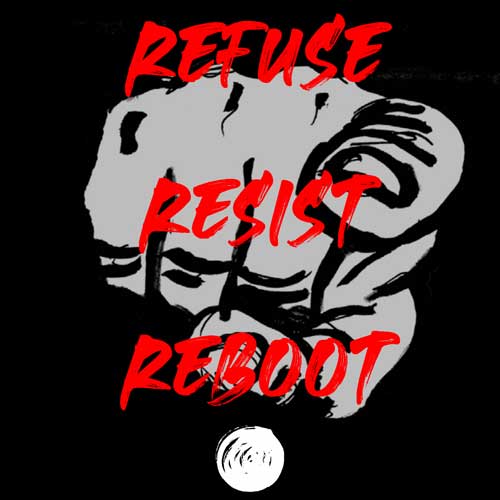 This coming September 17th will mark the ninth anniversary of #OccupyWallStreet . . . the grassroots movement that caught the world's imagination, revitalized our politics and paved the way for today's progressive wave. 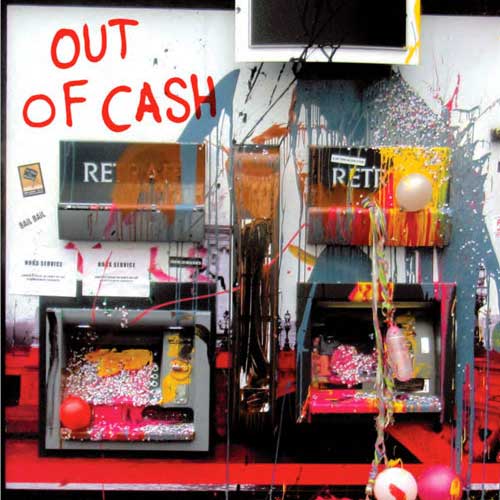 May Day 2019: The Lone Wolf Rebellion

For 30 years we’ve been mired in the torpor of climate deadlock — gone! — Here comes the breaking free! This is what is meant by seizing the moment, comrades; nurturing it, building on it, fashioning it into a true global juggernaut, with high beams flashing and horn blaring. 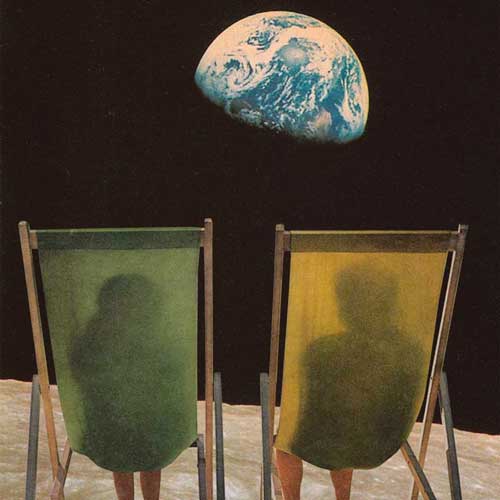 Will you join us for the Full Pink Moon digital detox?Will you wake up and not reach for your phone . . . make coffee without checking Facebook . . . go out into the world without anything nestled in your hand, pinging in your pocket? 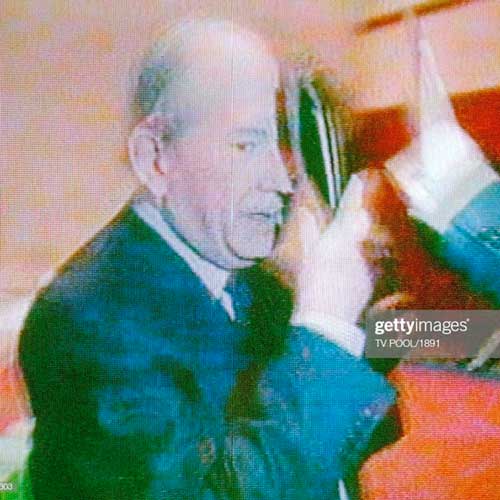 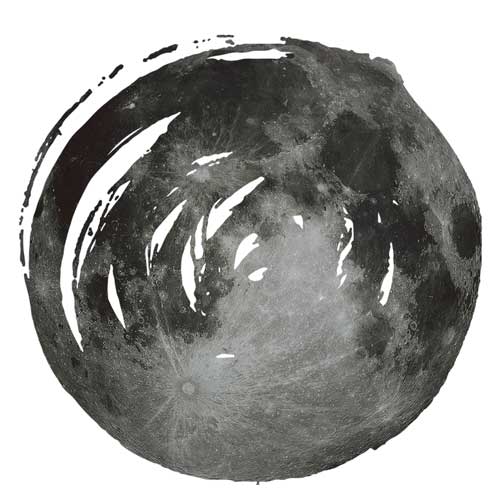 The pull of this month’s Blackspot Full Moon is discovering what it would be like to live — even for 24 hours — in an ad-free world. 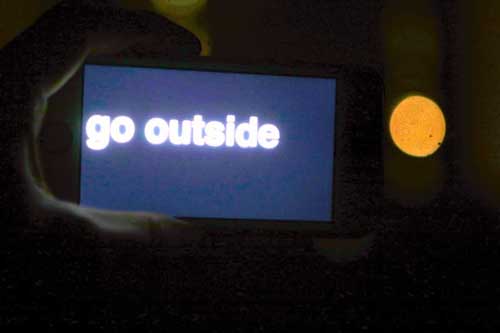 On this day, we will detox from the digital ruckus — close our laptops, turn off the TV, and leave our phones at home for a whole 24 hours. For one day, we free our inundated minds from digital distractions. We regain resilience, explore the quiet moments, experience solitary introspection again. 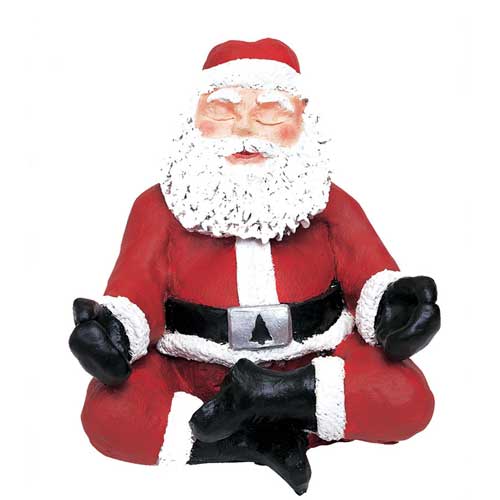 The malls are heavy with anxious sweat. The clammy-palmed throngs are out and about for the holiday “rush”, hunting the aisles with an urgency inimical to the spirit of giving. Yet, another Christmas is possible. Another way of being is within our grasp. 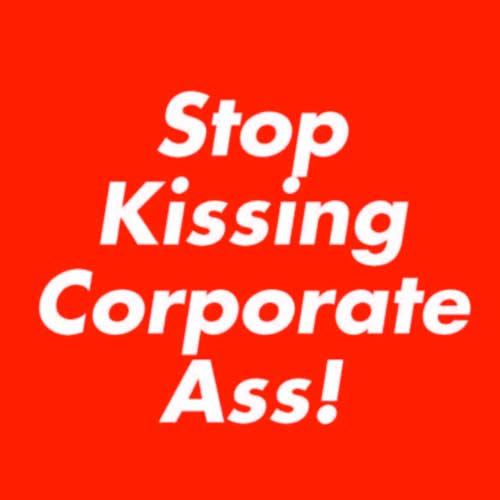 In 1964, British designer Ken Garland published an unprecedented call to re-humanize design. “We hope that our society will tire of the gimmick merchants, status salesmen and hidden persuaders, and that the prior call on our skills will be for worthwhile purposes.” 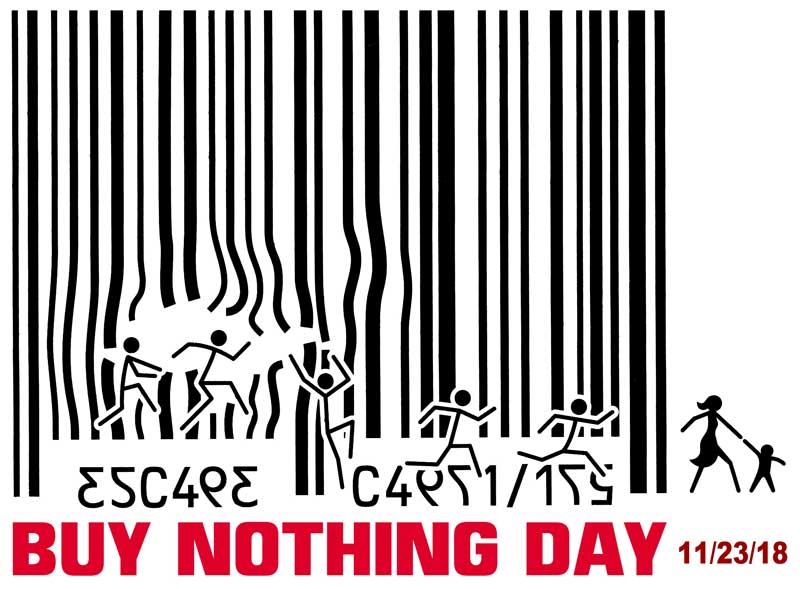 Join us on November 23rd (November 24th if you live outside North America) to celebrate the art of living lightly . . . find out what it feels like to go cold turkey on consumption for 24 hours . . . halfway through the day you might just have a life-changing epiphany! 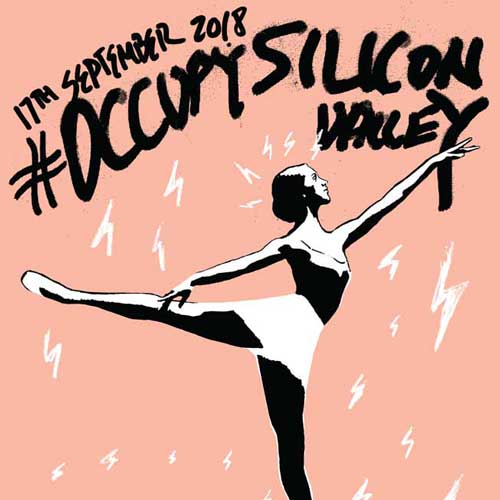 Big Tech competes for one thing: our attention. They exploit our basic human instincts in the pursuit of unprecedented financial and cultural control.

Adbusters is one of a handful of magazines in the world that receives zero funding from advertising (print or online), corporate sponsorship or government/foundation grants. We are entirely reader-supported, allowing us to remain ercely independent in what we do and say. We operate as a non-prot organization, which means that every dollar we raise through the sales of our magazines and other merchandise goes directly back into our campaigns and the production of the magazine. When you subscribe to Adbusters, you are joining a network of artists and activists committed to speaking truth to power around the world.

Feedback: You love us? Have something interesting to say? Let us know!