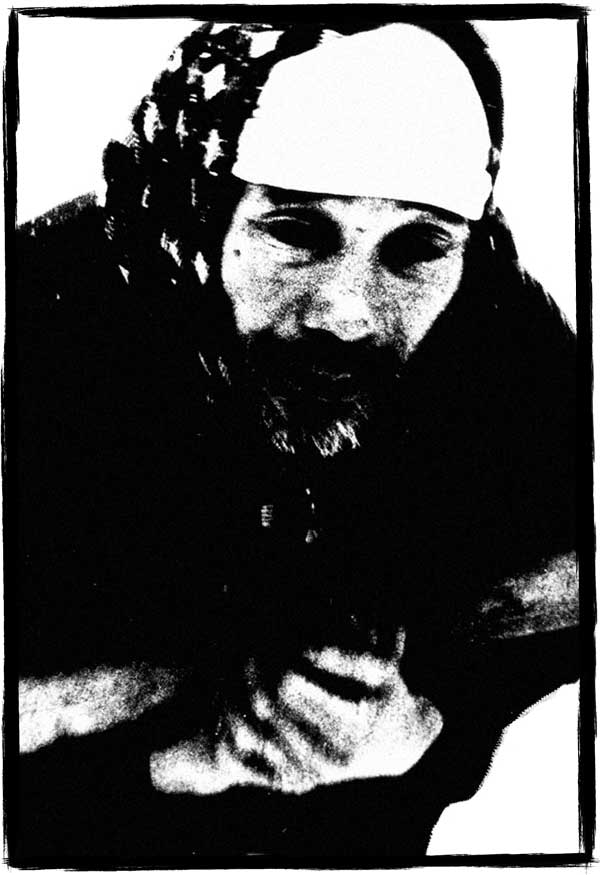 left home at 18 and got a job
in a coffeehouse, burned cars
walked the streets with a moon
met men and women on the make
trying to escape, comfortable
In the dark under the sky;
Zacharias crashed in laundry rooms
or with punk hippie girls whose moms
were gone skiing in Colorado with dentists.
‍
Many nights he simply ate the stars,
firmly looking for that which can’t be named,
but made himself understand
that the only way to find a home
would be to destroy the world.

Zacharias espoused anarchy with no gun or bomb,
rule on the local level in speaches spoke
on the street standing on a chair
he’d cry,

“Citizens! Hear me well.
you’ve been sold faulty goods
by men in fraudulent suit
so expensive that the price would bail
out a dozen families living in dung
on the skirts of New York or Brazil,
and feed them and their dogs for a year.
Love of power and fear
has corrupted every government man
who prays to flag representing dirt,
a walking sickness that has no room
for unhinged love, absurd God or nonsense poetry
because the suits demand
you love its borders
and utter bullshit.
I beseech you to cease paying their taxes,
joining armies or signing national anthems.
By our passiveness we will destroy the state.”
‍
Zacharias was three days into his tour
of the city’s parks and downtown streets
when the police quietly took him in;
they were happy to have a reason to exist
and someone to arrest.
‍
Zacharias reasoned with the cops
who questioned him in shifts;
he turned a couple into freaks,
and late in the night one released him
back into the streets
where he roamed and spoke
and tried to eat the state.

back to ADBUSTERS.ORGgo to CULTURE SHOP