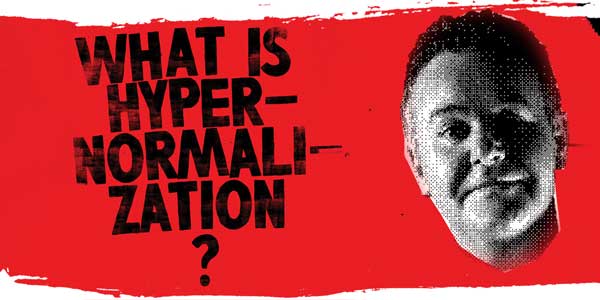 “HyperNormalisation” is a word that was coined by a brilliant Russian historian who was writing about what it was like to live in the last years of the Soviet Union. What he said, which I thought was absolutely fascinating, was that in the 80s everyone from the top to the bottom of Soviet society knew that it wasn’t working, knew that it was corrupt, knew that the bosses were looting the system, know that the politicians had no alternative vision. And they knew that the bosses knew that they knew that. Everyone knew it was fake, but because no one had any alternative vision for a different kind of society, they just accepted this sense of total fakeness as normal. And this historian, Alexei Yurchak, coined the phrase “HyperNormalisation” to describe that feeling.

I thought, “that’s a brilliant title” because, although we are not in any way really like the Soviet Union, there is a similar feeling in our present day. Everyone in my country and in America and throughout Europe knows that the system that they are living under isn’t working as it is supposed to; that there is a lot of corruption at the top. But when ever the journalists point it out, everyone goes “Wow that’s terrible!” and then nothing happens and the system remains the same. 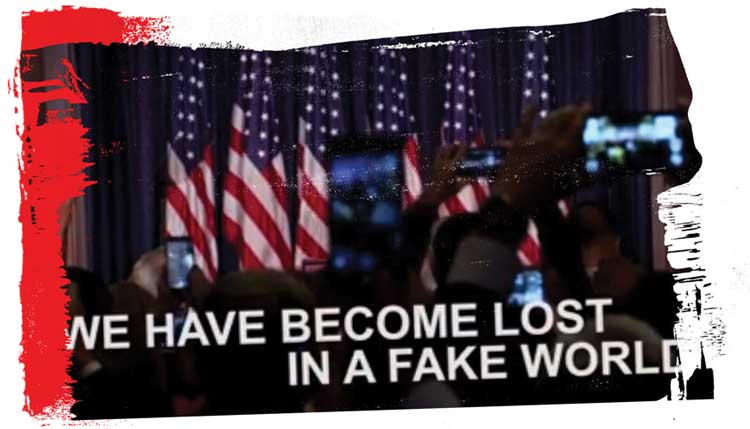