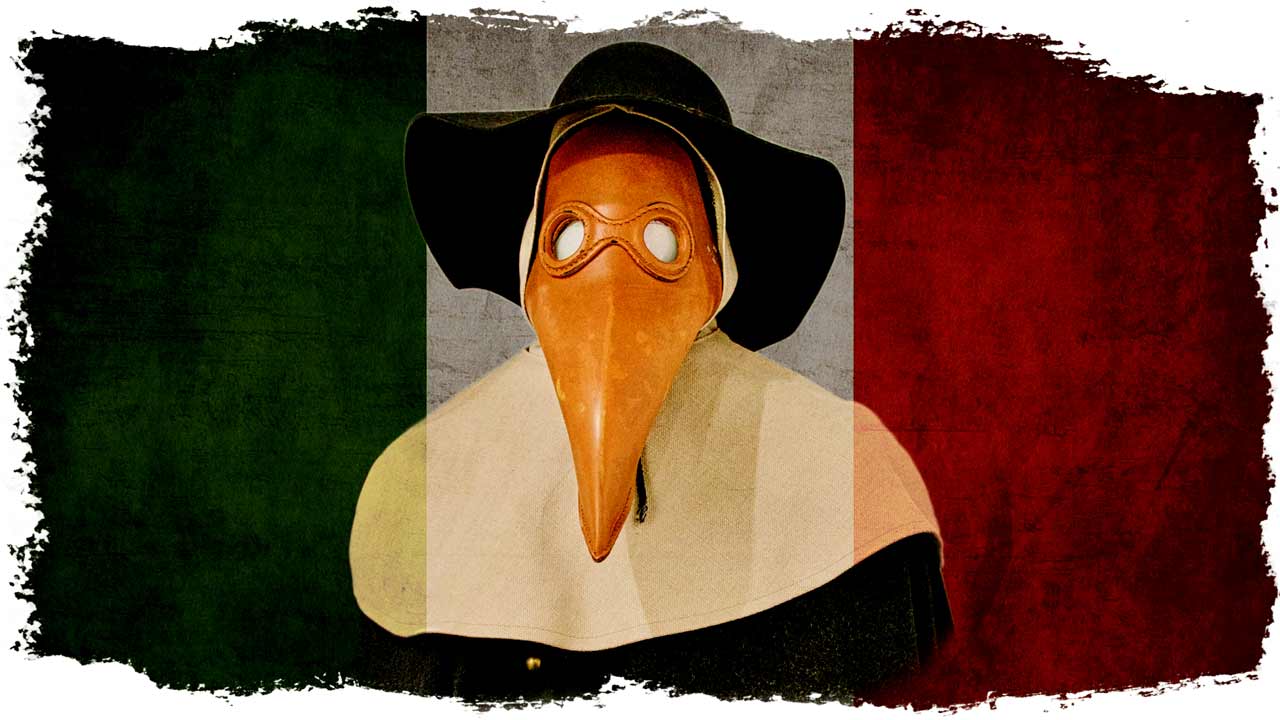 Ordinary life was suspended during the epidemic. Confraternities, associations that brought laypeople together for charity work and socialising, could no longer hold meetings. Public sermons were forbidden. The city’s schools were closed. Taverns and inns were shut. Gambling dens and barber shops were closed, ball games forbidden. Francesco Rondinelli, a contemporary historian of the plague, remembered that, without a carnival celebration, ‘football was never played, nobody went around in masks, and no comedies of any kind were performed, or performances, or joyful events ... thus during the summer there was no palio which of necessity implied a great crowd.’ Workplaces were shut too. Churches were also gated and Masses prohibited. Parish priests stood in the street to hear parishioners’ confessions through doors and windows, covering their mouths with waxed cloth to withstand the ‘seeds of disease’. Portable altars were built on street corners, so that Mass could be heard in several streets at once. On Sunday mornings, the priest rang a small bell to alert people confined to their homes that Mass was about to begin. The plague meant that life was interrupted by barriers: the walls of the home, the waxed sheet between lay person and priest, the otherworldly beak worn by the plague doctor as he dosed patients with medicine.
‍
The Sanità, Florence's health board, arranged the delivery of food, wine and firewood to the homes of the quarantined (30,452 of them). Each quarantined person received a daily allowance of two loaves of bread and half a boccale (around a pint) of wine. On Sundays, Mondays and Thursdays, they were given meat. On Tuesdays, they got a sausage seasoned with pepper, fennel and rosemary. On Wednesdays, Fridays and Saturdays, rice and cheese were delivered; on Friday, a salad of sweet and bitter herbs. The Sanità spent an enormous amount of money on food because they thought that the diet of the poor made them especially vulnerable to infection, but not everyone thought it was a good idea. Rondinelli recorded that some elite Florentines worried that quarantine ‘would give [the poor] the opportunity to be lazy and lose the desire to work, having for forty days been provided abundantly for all their needs’.

The provision of medicine was also expensive. Every morning, hundreds of people in the lazaretti, quarantine centres for the sick and dying, were prescribed theriac concoctions, liquors mixed with ground pearls or crushed scorpions, and bitter lemon cordials. The Sanità did devolve some tasks to the city’s confraternities. The brothers of San Michele Arcangelo conducted a housing survey to identify possible sources of contagion; the members of the Archconfraternity of the Misericordia transported the sick in perfumed willow biers from their homes to the lazaretti. But mostly, the city government footed the bill.
‍
But the Sanità – making use of its own police force, court and prison – also punished those who broke quarantine. Its court heard 566 cases between September 1630 and July 1631, with the majority of offenders – 60 per cent – arrested, imprisoned, and later released without a fine. A further 11 per cent were imprisoned and fined. On the one hand, the majority of offenders were spared the harshest penalties, of corporal punishment or exile. On the other, being imprisoned in the middle of a plague epidemic was potentially lethal; and the fines levied contributed to the operational budget of the public health system. The Sanità’s lavish spending on food and medicine suggests compassion in the face of poverty and suffering. But was it kindness, if those salads and sausages were partly paid for by the same desperate people they were intended to help? The Sanità’s intentions may have been virtuous, but they were nevertheless shaped by an intractable perception of the poor as thoughtless and lazy, opportunists who took advantage of the state of emergency.
‍
The disease waned in the early summer of 1631 and, in June, Florentines emerged onto the streets to take part in a Corpus Christi procession, thanking God for their reprieve. When the epidemic finally ended, about 12 per cent of the population of Florence had died. This was a considerably lower mortality rate than other Italian cities: in Venice 33 per cent of the population; in Milan 46 per cent; while the mortality rate in Verona was 61 per cent. Was the disease less virulent in Florence or did the Sanità’s measures work? Percentages tell us something about living and dying. But they don’t tell us much about survival. Florentines understood the dangers, but gambled with their lives anyway: out of boredom, desire, habit, grief. To learn what it meant to survive, we might do better to observe Maria and Cammilla, the teenage sisters who danced their way through the plague year.
‍
— Excerpted from "Inclined to Putrefaction" by Erin Maglaque, London Review of Books