These men and women excite me because they possess some of the best imaginations of the 20th and 21st centuries, especially Jodorowsky, Dick, and Eiseley. (I’ll speak about them as though even the deceased are still with us, which I believe they are.) As artists, they flip the world on its head and reveal to us their visions therein. They look beyond the straight line and experiment with original modes of storytelling and personal expression. Writers like Joy Harjo and Arundhati Roy see poetry everywhere, and evince faith in the esoteric and mystical. We are not alone, they say—their sense of this is acute—and the world around us is porous, sacred, very much alive. I have recently gotten sober, and without drugs and alcohol to augment my mind I rediscovered my imagination as an atrophied muscle. I lean on these people to help build the muscle back up.

Some of these artists (like Eliott Smith and Amy Winehouse) suffered and died tragically, at the height of their career, For me, that tinge of tragedy elevates their work and life to mythology. I can’t help but be drawn to their art.

I’ve just finished the two volumes of William T. Vollmann’s Carbon Ideologies (spurred by the passage I read in a recent Adbusters). Vollmann has sparked my imagination in many ways. Humans are fast approaching a strange and eroding precipice in the climate crisis. We’ve passed the point of no return, but our imaginations are suffering. Yes, the computer models foretell the climate apocalypse—but what they don’t predict is what will people do. It makes me think The Great Derangement, in which Amitav Ghosh wonders about our dearth of fictional depictions of the climate crisis. Is this literary lacuna emblematic of society’s wider lack of imagination about what is to come when the home to 7 billion becomes uninhabitable? In my work,I seek to explore what happens when we slip through the gates of this accidental holocaust.
Thanks, 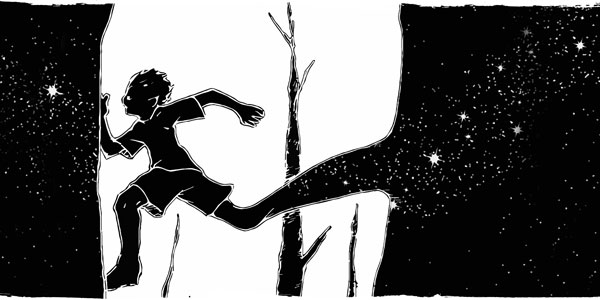