The world has loved, hated and envied the US.
Now, for the first time, we pity it. 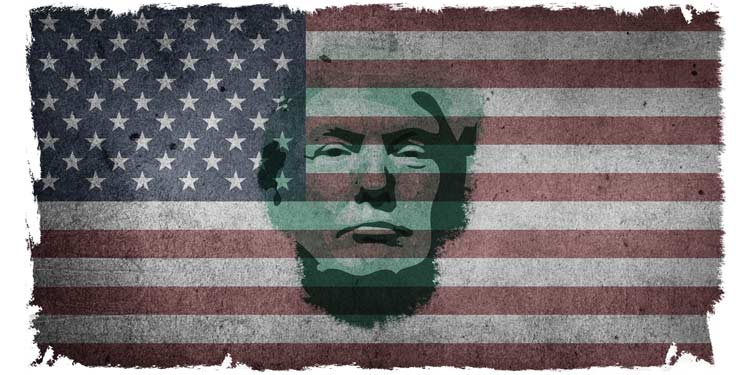 US president Donald Trump has claimed he was being sarcastic and testing the media when he raised the idea that injecting disinfectant or irradiating the body with ultraviolet light might kill coronavirus.
‍
Over more than two centuries, the United States has stirred a very wide range of feelings in the rest of the world: love and hatred, fear and hope, envy and contempt, awe and anger. But there is one emotion that has never been directed towards the US until now: pity.
‍
However bad things are for most other rich democracies, it is hard not to feel sorry for Americans. Most of them did not vote for Donald Trump in 2016. Yet they are locked down with a malignant narcissist who, instead of protecting his people from Covid-19, has amplified its lethality. The country Trump promised to make great again has never in its history seemed so pitiful.
‍
Will American prestige ever recover from this shameful episode? The US went into the coronavirus crisis with immense advantages: precious weeks of warning about what was coming, the world’s best concentration of medical and scientific expertise, effectively limitless financial resources, a military complex with stunning logistical capacity and most of the world’s leading technology corporations. Yet it managed to make itself the global epicentre of the pandemic.
‍
As the American writer George Packer puts it in the current edition of the Atlantic, “The United States reacted ... like Pakistan or Belarus – like a country with shoddy infrastructure and a dysfunctional government whose leaders were too corrupt or stupid to head off mass suffering.”
‍
It is one thing to be powerless in the face of a natural disaster, quite another to watch vast power being squandered in real time – wilfully, malevolently, vindictively. It is one thing for governments to fail (as, in one degree or another, most governments did), quite another to watch a ruler and his supporters actively spread a deadly virus. Trump, his party and Rupert Murdoch’s Fox News became vectors of the pestilence.
‍
The grotesque spectacle of the president openly inciting people (some of them armed) to take to the streets to oppose the restrictions that save lives is the manifestation of a political death wish. What are supposed to be daily briefings on the crisis, demonstrative of national unity in the face of a shared challenge, have been used by Trump merely to sow confusion and division. They provide a recurring horror show in which all the neuroses that haunt the American psyche dance naked on live TV. If the plague is a test, its ruling political nexus ensured that the US would fail it at a terrible cost in human lives. In the process, the idea of the US as the world’s leading nation – an idea that has shaped the past century – has all but evaporated. Who, other than the Trump impersonator Jair Bolsonaro in Brazil, is now looking to the US as the exemplar of anything other than what not to do? How many people in Düsseldorf or Dublin are wishing they lived in Detroit or Dallas?
‍
It is hard to remember now but, even in 2017, when Trump took office, the conventional wisdom in the US was that the Republican Party and the broader framework of US political institutions would prevent him from doing too much damage. This was always a delusion, but the pandemic has exposed it in the most savage ways.

Published in:
The Irish Times