Information Wants to be Free 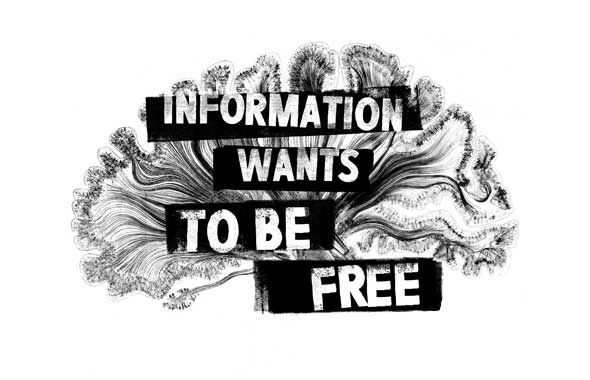 RIGHT NOW ON THIS PLANET WE HAVE GINORMOUS SERVER FARMS SUCKING UP HUGE AMOUNTS OF DIRTY ENERGY TO PROVIDE DAY TRADERS with detailed financial data on any stock or currency transaction, anywhere in the world. They use the info—24 hours a day, every day of the year—to gamble continuously with our lives and enrich themselves.

Others use the servers for sports betting, getting intimately granular data on any team or athlete, even becoming owners of virtual franchises to play other pretend teams anywhere on the planet, at any time.

And when we need customized distraction, we use still more of this data power to stream Netflix or join random strangers in Mortal Combat, waging pixilated warfare in real time in digital space.

You name it, you can have access to it—all in real time.

Well, not exactly. You don’t have touch-button access to the medical records of every doctor who ever treated you. You also don’t have instant access to the existing and emerging environmental threats, like contaminates in your drinking water, or toxic chemicals off-gassing from your baby’s pillow. You can find much of this data if you know where and how to dig, but its organization is far from seamless and actionable.These are, after all, our life support systems.

Why didn’t folks in Flint, Michigan, for example, know there was lead in their water—water they paid the city for each month? Because data showing this health hazard were manipulated and suppressed within the Department of Environmental Quality. It wasn’t until concerned local citizens dug it free that it came to light. This required braving the labyrinths of beige cubicles and attending mind-numbing public meetings to gain access to lab test reports.

All over the world are data keepers who labor in the bowels of old city buildings. They are the scribes of the modern age, dutifully sitting in dingy compartments, consolidating valuable information and then hiding it, as directed, in the strata of monthly, quarterly, and annual reports. (This process ensures that the data become stale—still of utility in internal policy debates, but useless to citizens.) One of the most radical paradigm shifts we concerned citizens can pull off, then, is the infiltration of our own government agencies, to make acquaintance and common cause with the people who work there.

These public servants are our neighbors. They collect critical data about commerce and the environment, but too of ten its release is stymied by the internal structures erected to control it. Who are the gatekeepers? Almost always career civil servants, usually within earshot of retirement, and in the habit of jealously guarding their turf. They’re not bad people, exactly. They simply want the pension and health benefits coming to them, and have scant interest in rocking the boat. The folks below them, doing the daily data work, that are the ones we need to reach.

I work for a county in California. In late 2006,I got a request from the head of the water agency, asking if I could develop per-capita metrics on energy consumption, water use, solid waste generation and GHG emissions for our county. Neither of us could have predicted the epiphany that seeing those data collected and cogently presently would produce. 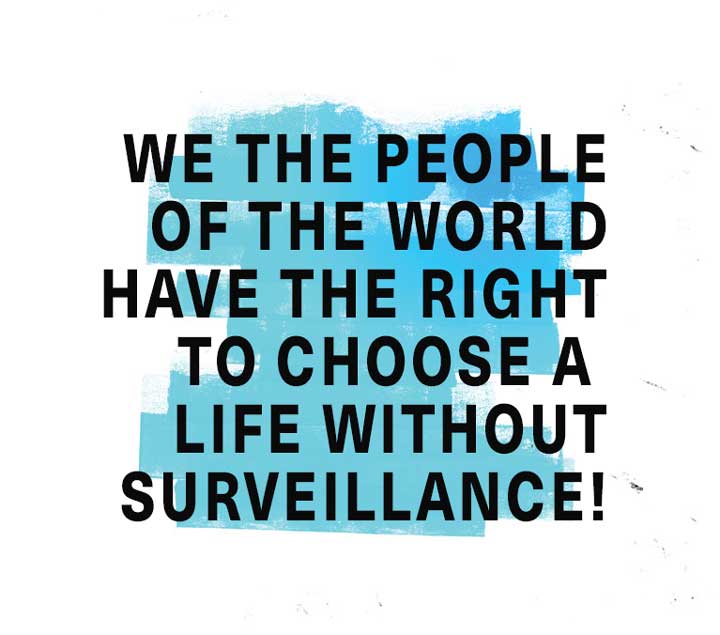 An associate and I became addicted to excavating data fragments and assembling coherent snapshots of the bigger environmental picture. The idea was to show how ‘green’ or‘ brown’ each community in the county was. We ran colorful graphics on the weather page of the regional newspaper. With each week came another illumination of per-capita resource consumption or pollution generation, providing valuable information to the public, as well as a nudge to communities that could be doing more.

Our project, insanely, was the only one of its kind. We couldn’t believe something similar hadn’t been undertaken elsewhere—and that disbelief fuelled our interest in scaling up. We now began to produce environmental snapshots for each city in our wider region. And this was where we ran into trouble.

The first problem was that our data tapestry focussed on waste generation and pollution statistics. Here in California, with local government budgets slashed and services strained, city managers—rightly or wrongly—assign a much higher value to economic data than to environmental data.

The much larger problem was that our research revealed that the region’s most affluent communities were often its most wasteful.This conclusion challenged the prevailing mindset of almost everyone in the county and city government.

As our data made the rounds, many city officials and staffers complained that they felt completely caught off guard. The city manager for my community—the perceived greenest in the county—called me into his office to ask what the hell I thought I was doing. (By the new tally, our community was the brownest.) After chewing my ass out for the sin of increasing transparency, he sputtered out a nugget of wisdom that still rings in my ear: “Perception is more important than performance.

”And there it is. Not only are our minds being controlled as we absorb terabytes of ads and targeted marketing each day, but we’re not yet able to use that sophisticated information infrastructure to enable conscious citizens to monitor the health of our fundamental life support systems.

But we’re not completely fucked yet. This data, this public information, is ours and it can’t be copyrighted, trademarked or suppressed through lawsuits on infringement. It is owned by the citizens. And the bulk of it is lying dormant within the archaic computers of our public infrastructure. We need only loosen the self-interested stranglehold that career civil servants have on the data.

Human beings have always survived by sharing information. And with the world on a catastrophic course, we now face our most critical test. We can use actionable public information about our life support systems to rewire our communities—and rewire our brains for ecological literacy. We can ensure that regenerative change happens more quickly and effectively, as we pursue a sustainable future. And we can use this new way of thinking to broaden our collective understanding of reality.

In other words, we can begin to put our energies toward getting healthy, rather than toward despair at a world we see collapsing around us.

— John Garn has been working for over 30 years as an environmental champion in his own business, ViewCraft, weaving Earth awareness into the daily perspectives of business people, elected officials and starry-eyed academics