I was deeply inspired. 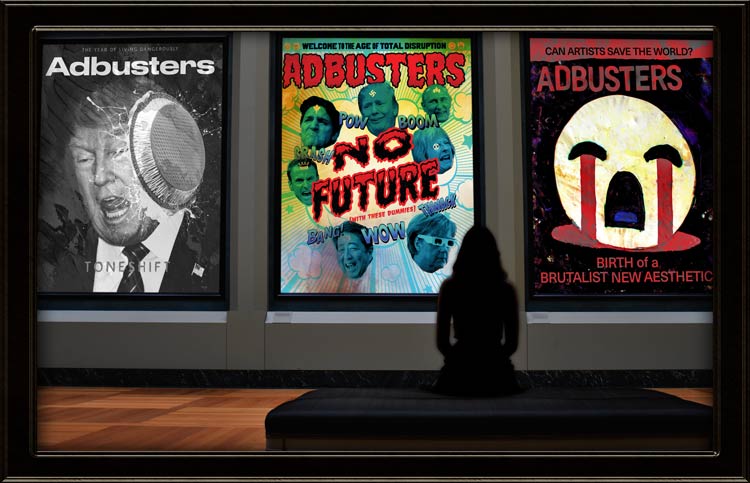 Hello AB, I found you years ago and was deeply inspired. I never missed an issue until they started changing. The overall feeling had become extremely masculine and desperate, and I was forced to let go of a magazine I dearly loved. I see that you use the word “brutal” in your campaign as though it were a good thing, but I think it alienates people. We are already living a brutal existence. The images themselves are assaulting and there is an overall, unmistakable feeling of violence.

All my friends are rebels, outcasts, and investigators of truth. But when I ask them if they’ve heard of Adbusters, they say no. I know why. Because when you see it on the newsstand, it looks like a magazine for teenage boys. Every issue looks remarkably the same—ANGRY.

We’re surrounded by a culture of people who are traumatized, who have PTSD. It’s not the thing we’re going to reach for. Not because we don’t want to, or because we’re hypnotized zombies, but because it has to be more human-friendly. All living things like respect. The reason Sitting Bull is a name everyone knows is that he maintained his human innocence, therefore his natural respect. Frankly—and I say this in a well-meaning way—Adbusters needs to grow out of its adolescence and into something more respectful, more beautiful. (I hope it’s obvious I don’t mean mainstream, airbrushed beauty.) Adbusters has stopped leading with its heart.

Look at Western culture this way—most of us have been wounded by our culture and its incessant psychosis and are in various stages of healing. (And I’m just talking about the ones who are consciously aware that they’ve been wounded.) We don’t want “brutal,” shouting and rage in font format, and traumatizing images. A little sprinkled in is only natural, but personally I can’t even look at it anymore, and that’s saying a lot because I really loved it. And no one is going to want this in a house where there are small children.

So, for what it’s worth to you, consider a revamp, because it’s a really old-fashioned approach. It only feeds the egos of the powers that be—and they are much better in the arena of brutality and rage then you can ever be. So walk away, and present something that is actually alarming to them...more readership.

do not own a television.

do not own a cell phone.
‍
I hike in the wild at 4:30 AM every morning.
‍
I use the same laptop I’ve had for 15 years.
‍
I have never been on any social media except Pinterest to store artwork.
‍
I sew my own clothes and paint 2x a week.
‍
I write, read and attend silent retreats.
‍
Most importantly, I make it my business to ignore what society thinks.

Thank you kindly for letting me share something I wanted to say to you for a long time. 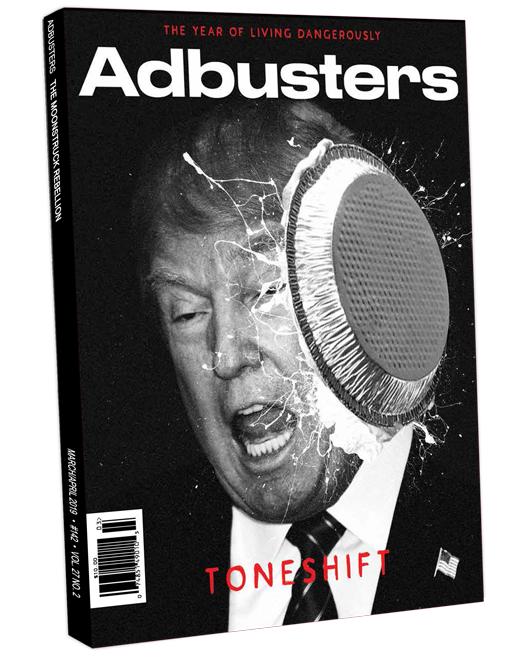