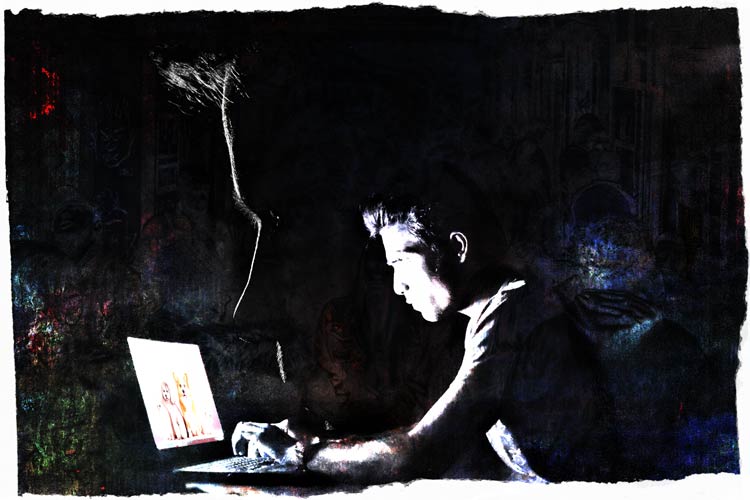 Are you revved up and ready to dive into the day? I'll not patronize you by treading further - you know the score, the spirit of the times. It's kids on Twitter joking-not-joking about wanting to die. It's the endless skidmark of politics. The ever-widening void of empathy. It's the endless cycle of information - once so wonderful, and now serving only nihilism. A kid does a funny impression. A father coos over his adorable baby. The president denounces ethnic minorities, and bombs all on a Middle Eastern city for no discernible reason. Then the next week - fuck, the next day - we gather ourselves up and begin again. And on we go, over and over, stuck in our spiral.

This, our birhtright. This, our motherfucking zeitgeist. Are you satisfied?

Me, neither. What I want is a new vanguard, a new wave of kids that really feel something - not cool apathy or wry detachment, and not this bizarre new strain of suicide banter. I want my generation to be the best there ever was - to believe again in its own potential.

We are not lost. We are not doomed. We're simply a cohort born to an age that needs fixing.

Addressing the epidemic in mental health - and there is one - will be no cinch. But it is achievable. How do we do it? We alter the narratives that inform our collective existence. Stories and songs, cinema and TV, literature, video games, advertising and branding - all of their fictional worlds shape the way we look at our own. And all of them are responsible for a narrative whose arc has corkscrewed badly.

Whenever a particular entertainment proves profitable, it is duplicated and rinsed of meaning at a rate of knots... Because of course it is, because Capitalism plus Human Nature equals the deletion of meaning. Once an idea if finally wrung dry, we all agree we are post that idea. Postmodernism, post-postmodernism, postfuckingeverything. We are a culture vitiated. Barren of new ideas, we look back on the past with high cynicism. We mock, we parody, we deride - we delight in the elegance of our irony. And in so doing, we steadily, ineluctably, drain our lives of joy.

You know why Jack Kerouac is so charming? Why - despite the glaring misogyny - he maintains an adoring fan base fifty years after death? Why Beatles are still the greatest-ever pop band? Why Van Gogh's paintings still make people weep? It wasn't because they mugged for the camera and made fun of themselves.

Truly great artists - the ones that shape the zeitgeist - have bravery to take themselves seriously. Never irony - honesty is the coin of their realm. The willingness to look a fool. The audacity to be earnest. The confidence to be vulnerable. Cynicism comes cheap in the postmodern era, but you get what you pay for. The product is a titanic defense mechanism that, clanking and heaving, disguises one sorry fact. You're flat out of ideas.

Look at the Simpsons and tell me I'm wrong.

The great writers, artists, and musicians are those whoe schew the Trend Machine and take it upon themselves to create something courageous, honest, and new. It's a vocation that requires baring your soul - and risking failure.

Let us, then, the disillusioned generation, claim it for aspiration. By raising our sights to the classical values - hope, stoicism, belief in each other - we will take the fight to depression, loneliness, and the great moral fatigue that plagues the youth of this world. We will be honest. We will be vulnerable. And we will start anew. We will spin hope from that bare thread of despair, and in the process weave a new and tender narrative for us all to inhabit.

We were born into a world of fear. But fear - and hope - are choices made daily. Armed only with alacrity and optimism, and united in common purpose, we form an insuperable force. And should the jagged politician or the cobwebbed institution want to stop us? 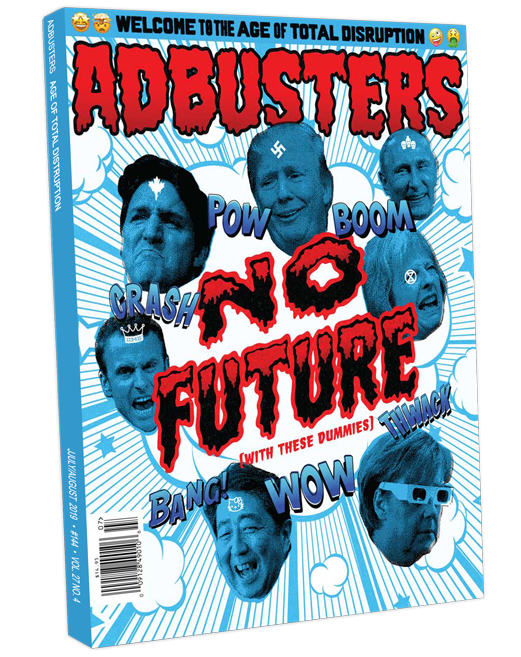