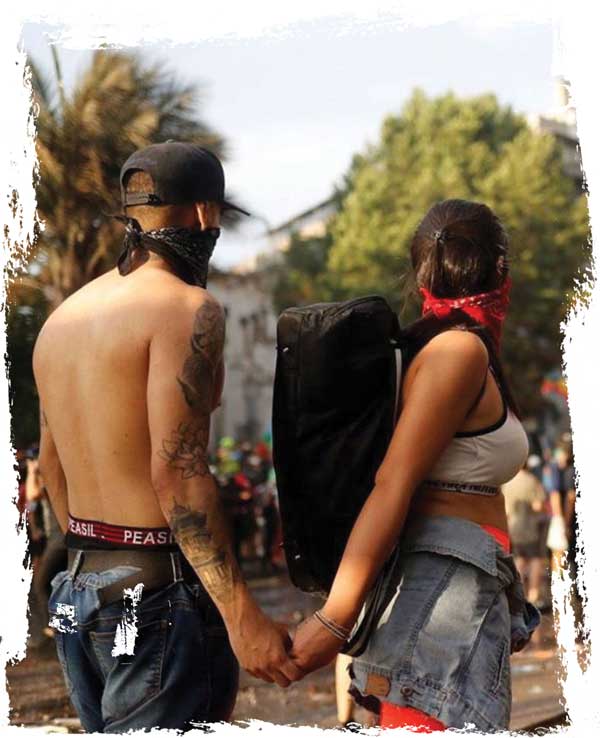 I don’t know the history of confidence. There are no data from which to make inferences about the evolution of human self-assurance. Did doubt plague the early agriculturalists of the Levant the way it does the youth of today? On waking, did they peer into a puddle and think, You look like trash? Did others regard their own reflection with the audacity of Snow White’s evil stepmother or Dorian Gray? Were there Neolithic humans who exulted in their latest bone tool while others lacked the wherewithal to shape a simple bowl? Did the boastful toolmaker patronize the failed potter? Among the Natufians, were there men who made groundless claims and ridiculous conjectures drawn from nothing but hubris? And if they claimed their right to say what they wanted, did they also claim it as truth?

I don’t know the history of confidence, but I do know the wrong side possesses it today. While the best among us lack all conviction, the worst are full of passionate intensity.

A man I know—call him Ted—revels in denying climate change. He suffers no deficit of confidence, and treats it as something of a sport. Ted is a full-on, god-fearing, rootin-tootin, can’t-snow-when-it’s-global-warming son of a bitch. And more than just an asshole, he’s an avatar for a broader movement. Here is a crisis whose stakes couldn’t be higher, one likely to erase millions of lives and submerge whole countries, ushering in a sixth mass extinction. And denialist trolls like Ted feel it their right — their duty — to inform us that three YouTube videos they watched prove 97 percent of scientists wrong.

Sad to say, but contemporary society no longer derives truth from fact; it derives truth from repetition by the outspoken, from anecdotal reductionist reactionary statements, from implicit bias, from low-resolution thinking, and from sensationalist media.

Welcome to life in the post-truth era, where the brazenness of the lie carries the day.

Ted and his denialist comrades-in-arms are ridiculous, of course. But they do demonstrate a commitment to facts — just ones that are cherry-picked, wanton, and cruel. And if their goal has been to frustrate debate and muddy the waters, it’s time we recognized their astounding, and tragic, success.

The cretins have grasped an important lesson: while facts alone are weak, stories are strong. If the truth gets nowhere without the confidence to tell a tall tale, the time is ripe for progressives to let their own brazenness off the leash.

We must be haters in the service of love. Outlaws on the side of social order. Lone wolves who protect the pack.

Liars in the name of truth.

Haven’t you heard? Trump surprised everyone by formally recognizing more than two genders. Captain America was an asylum seeker. And the scientific climate consensus has always been a full 100 percent.

Farley Mowat said it best: Fuck the facts; the truth is what’s important. What is to be learned here? That truth can be shaped while retaining its essential veracity. Indeed, truth is malleable in all directions. We can bend it toward the depths of malice or the heights of virtue.

This much is clear: even when they hit their target, those hurling ineffective details at the overlords of truth-dissolution do little to advance the righteous cause. We must take our cue from the psychotic confidence of Ted and his brethren and go forth together, with courage, liars in the name of truth.

Most important — we must never bring a fact to a story fight.

— Justin Doyle is a recent graduate of Trent University majoring in Sustainable Agriculture and Food Systems. He plants trees in the spring.