Institutionalized: The Films of Frederick Wiseman

Frederick Wiseman’s latest documentary, City Hall, is his forty-third, but who’s counting? In the half-century since the release, and prompt two-decade ban, of Titicut Follies (1967) — his harrowing début about a prison for the criminally insane — Wiseman has chronicled the myriad ways (chiefly) American life is raised up and laid low, dignified and debased, spared and squandered by institutions. With bald titles such as High School (1968), Welfare (1975), Near Death (1989), and Zoo (1993), and with runtimes often reaching into the hundreds of minutes, his films may strike the uninitiated as dry, cheerless, even gruelling. To so presume, however, would be to overlook the rare offerings of one of modern life’s keenest cinematic observers — one whose gaze fixes with as much care on the inner workings of institutions as on the hidden hands which make them tick.

As a rule, Wiseman abstains from the techniques of persuasive filmmaking, not least because his “films are not didactic,” as he insists. “In fact, they’re the very opposite of didactic.” No talking heads, no interviews, no voice-over, not so much as a glimpse of the man behind the camera feature in the span of a single frame. All that is forsworn in the interest of capturing raw, unhampered reality. Yet despite his staunch avoidance of artifice, his editor’s bag of tricks might well hold the subtlest of them all. “What I construct in the editing is a fiction,” he told me in early December. Taking 30 seconds here, a minute and a half there, “I then edit it together so that it appears as if it took place the way you’re seeing it, when it didn’t.”

Wiseman spoke to me on the phone from Paris, where he spends at least half of each year. His voice is husky and low, his cadence even and precise. Occasionally breaking into wry tones, he expresses himself with the ease of someone long steeped in his craft, and happily so. His appetite for work seems boundless: normally, it’s what gets him out of bed in the morning, and occupies him well into the evening. “I like to work hard,” he states plainly. “I can work till eight o’ clock at night, and either go to the theatre or I can work till nine, nine-thirty at night and go to a good restaurant and meet my friends.” The pandemic, however, has proved a dampening disruption to such industrious habits. “It’s the first time in 55 years that I haven’t been working on a film,” he laments. “I’m bored out of my mind! I’m bored and I’m scared, because the virus likes people my age.” He turns 91 on New Years Day.

“Good prose is like a windowpane,” George Orwell believed. That is, in service of truth, “one can write nothing readable unless one constantly struggles to efface one’s own personality.” Unseen and unheard, Wiseman strives in kindred fashion after a strict fidelity to facts. “I have a responsibility to the people who give me permission … to make a film that accurately reflects what I found there,” he maintains. This rigorous commitment to accuracy is what determines the exhaustive span of a movie like City Hall, which clocks in at over four-and-a-half hours. “If the film comes out at the length I deem is appropriate for the material, then people can watch it, or distribute it, or show it on television as they wish,” he affirms. “But it’s basically take it or leave it as it’s made.” While it may scare off the squeamish (the likes of whom may nevertheless, in Anthony Lane’s words, “binge-watch the entire second season of ‘Mr. Robot’ over a weekend without breaking a sweat”), this uncompromising approach offers a singularly immersive experience to those who stand to endure it. “It may not work for everybody,” Wiseman concedes, “but if it works, the viewer comes out of the film feeling they’ve learned something about the place and its complexity.”

This is certainly true of City Hall (2020). The institution of the title is Boston’s, and the film’s leading man, so to speak, is Mayor Martin J. Walsh. The camera follows Walsh, and the many unnamed civic employees who serve under him, as they undertake the unglamorous task of running a great American city. Walsh appears at press conferences, charitable events, functions, town-halls, Q&As — a plethora of meetings, both private and public. (“The quintessential Wiseman scene,” in Manohla Dargis’ eyes, “is the meeting.”) Notably, he carries out his office with a minimum of pomp. He speaks to his working-class background, his childhood bout with cancer, his struggles with alcoholism, and his regret over remarks made on the campaign trail, all with a politician’s tact and yet with remarkable candour. By way of a team of dogged agents, his administration addresses poverty, racial equality, workers’ rights, tenants’ rights, immigrants’ rights, accessibility, education, health care, seniors’ care, and the preservation of the city’s history, among a roster of progressive preoccupations. Meanwhile, garbagemen take out the trash, firemen put out fires, police discuss recent crimes, and citizens dispute parking tickets as they would in any other metropolis. One gets the sense that, regardless of politics, a city like Boston runs not on glory but on grunt-work.

Whereas the goings-on in Boston are marked by quiet professionalism, those in Washington are all bluster and breakage. Likewise, if Walsh — or rather, the assemblage whose figurehead is Walsh — comes out in the hero’s corner, then the film’s villain is none other than the 45th president. Invisible but unshakable, Trump looms like a ghoul, an all but perfect foil to Walsh and his plain-dealing operation. Not that Trump is so much as disparaged in the film. Rather, that he is so seldom and tentatively invoked makes his absence all the more conspicuous. Merely by carrying out his duties with a modicum of competence, Walsh seems to embody the very opposite of what hasn’t so much characterized as eclipsed governance at the federal level over the past four years.

Yet according to Wiseman, no political point of any kind lies behind City Hall, nor any of his other films. When I asked him whether a kernel of activism lies at the heart of any of his work, he replied, firmly, “No.” Though he doesn’t object to his films’ being used for activist purposes, “they’re not made with that in mind.” Although it provoked outcry, Titicut Follies, for example, “doesn’t advocate any solutions; it presents the place as it is.” Herein lies the point. “One of the things about making these kinds of movies,” he makes plain, “is that, just by the luck of being in the right place at the right time, you come across so many different aspects of human behaviour. This,” he emphasizes, “is really the subject of the films.”

Indeed, it’s Wiseman’s careful eye for people that accounts for the most moving sequences in his films, conjuring flashes of the sublime out of the grotesque and the mundane, the haunting and the heartening. Titicut Follies is framed by an absurd song-and-dance number performed by inmates bearing pom-poms; they are led by the prison’s wide-grinning warden, whose domineering self-regard makes one wonder just what distinguishes him from his fellows behind bars. The dull despotism on display in High School is interrupted by a teacher’s reading the lyrics of a Simon & Garfunkel song to her class; its “superficial sighs” light up a habitually sullen face or two with a glimmer of poetic recognition. For the benefit of her immigrant peers, a mother recounts the chilling ordeal of her daughter’s northerly passage across the Mexican border in In Jackson Heights (2015), sparing no appalling detail in the course of her unabridged, nearly ten-minute account. For its searing vividness — as with Bibi Andersson’s carnal disclosure in Ingmar Bergman’s Persona (1966) — one is left feeling as if one has actually seen the story take place, rather than merely heard it told.

If a prevailing sensibility can be said to stamp Wiseman’s work, it’s his adherence to frankness. Bureaucracy, spite, neglect, and prejudice mark many modern lives; so do fellow-feeling, solidarity, live music, and Pride parades. (May it all come back soon.) Considered together, Wiseman’s films capture an ample portion of this teeming, unvarnished variety. Not that they betray a fixation on his part in any way cynical or prurient. Errol Morris dubs his friend “the king of misanthropic cinema” — which, with all due respect, is a gross mischaracterization. What kind of Scrooge ends a three-hour paean to finding joy in hardship with anything as life-affirming as fireworks bursting to the full-throated wailing of a toothless tita, as Wiseman does in In Jackson Heights? That he sometimes dwells on the unsavoury aspects of life doesn’t make him an incurable downer. Rather, like a friend standing steadily by one’s side, come what may, it makes him a sympathetic witness to the truth of human experience in its many colours, drab and lurid. From the grandest to the humblest, each part has its lines to deliver; its noteworthiness lying not in its prominence but in the vim with which it is played out. Under Wiseman’s direction all are sure, at the very least, to get the uncommon chance to gain an audience. It’s up to the viewer to look on with as big a heart. 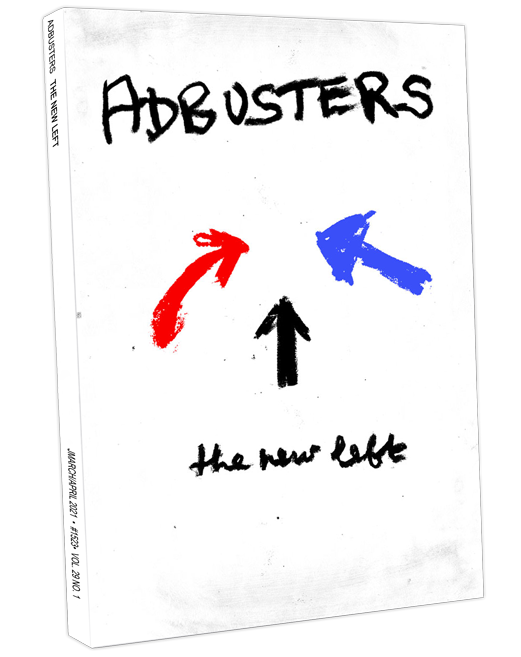