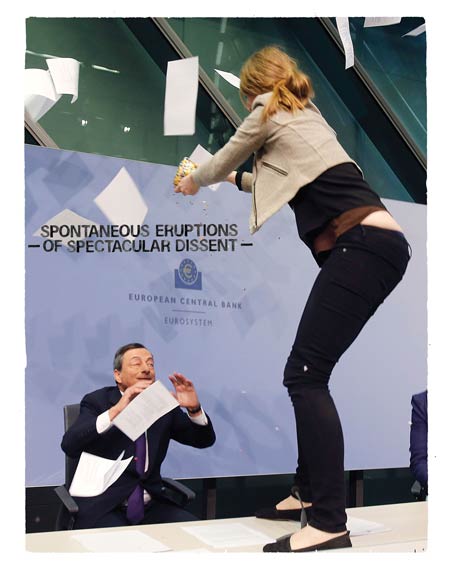 One answer might be: “An idea whose time has come.”

Things go viral when they strike a nerve. This thing I just stumbled on somehow taps into what I’m feeling right now, and that’s why I feel the irresistible urge to spread it around. It’s the most human of feelings: to share the surging emotion of rage or delight that just lit you up.

A delicate alchemy has to occur for a viral moment to happen. There’s an element of luck. The avocado falls from the tree when it falls. You can’t really engineer a viral moment because the engineering mindset doesn’t know how to create magic.

But if you look at a lot of viral social moments in history, something was present in the run-up to them: ritual. And a ritual CAN be created.

It starts with a small gesture that sends a message in a visceral way. A bunch of guys throw crates of tea overboard into Boston Harbour, or, two centuries later, make a show of burning their draft cards on a New York City street. The gesture resonates. It is the avocado falling, and that expression of discontent just … goes viral.

Sometimes the ritual is a sit-in. Often it’s a march – on Washington, on Montgomery, across India to the Arabian Sea.

You coin a slogan that plucks the strings of the zeitgeist: Black Lives Matter. MeToo.

You play with the primitive forces of darkness and light – extinguishing the Eiffel Tower, Taking Back the Night, howling at the moon.

Rituals galvanize people, get them moving in lockstep, get them thinking in tune. Rituals drive protest movements.

When a ritual grows big enough, wide enough, it can go critical, like the chain reaction in the core of a nuclear reactor or bomb.

This is the most powerful tool the Third Force has: the ability to create a global ritual. Like Buy Nothing Day. Or Occupy Wall Street. One that can scale, cross borders, mean what you want it to mean.

A global ritual can change the course of history.

We the people need to learn to make it happen, to shepherd an eruption of spectacular discontent — and then level it up to a global phenomenon.

In the Spanish-speaking world, everyone knows the ritual of the cacerolazo (literally, “stew pot”) — a show of resistance tracing back half a century to when food shortages were widespread. You make a hellacious noise banging a spoon on a pot as a way to say: “We will not be silenced.” Last March they did it Brazil against regime of Jair Bolsonaro; in Spain, against the suppression of women’s rights. In Colombia, the casarolazo was repurposed against the new foe, COVID-19, to rail against inadequate government support during the lockdown.

Now, some of us are hungry and a lot of us are pissed. So we too pick up a pot and a spoon, to meet this moment we’re in.

And it is a moment.

Occupy Wall Street went viral because conditions were perfect. Arab Spring had happened. Mubarak had been deposed. Greedy bankers had crashed the financial markets. Young people couldn’t get jobs. The 99 percent was furious at the 1 percent. And along came a lightening rod for that discontent: OWS. And the people’s movement that galvanized around Zuccotti Park but fed off proxy energy from around the world: that was the birth of the Third Force.

That same alchemy of conditions is in place now. A massive, destabilizing discontent is brewing. The avocado is damn near ready to fall.

In October, leaders from 200 countries will converge on Glasgow for the UN Climate Change Conference. This was deferred a year by Covid. In the meantime, the screws tightened on humanity. A global code-red emergency was announced. Wildfires raged. The dry tinder of social upheaval is in place. It’s a moment every bit as pregnant as the one that set up Occupy Wall Street. 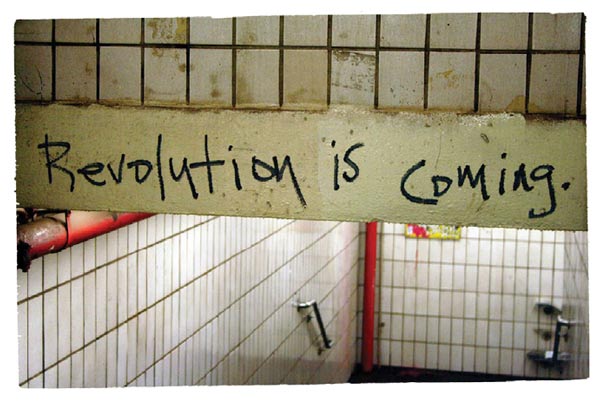 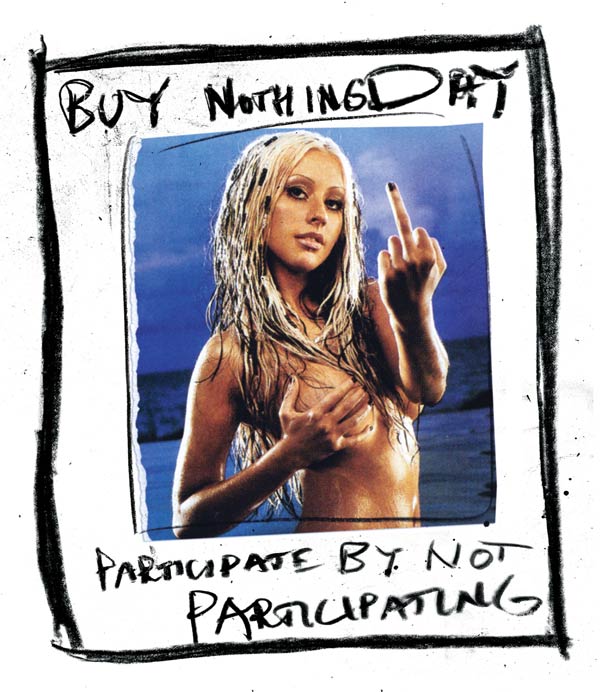 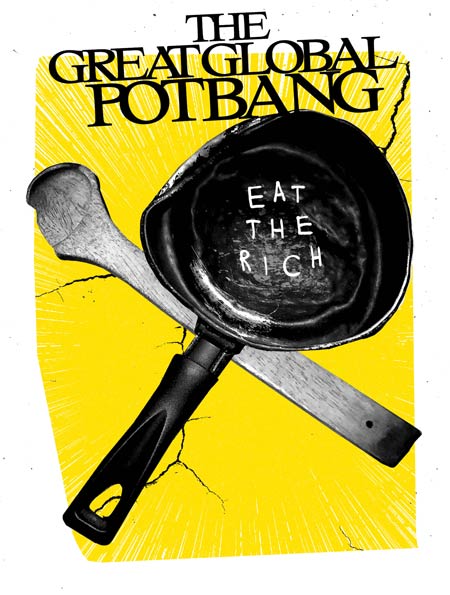 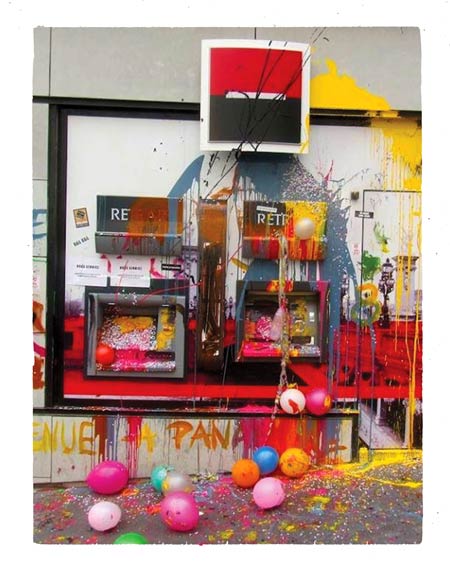 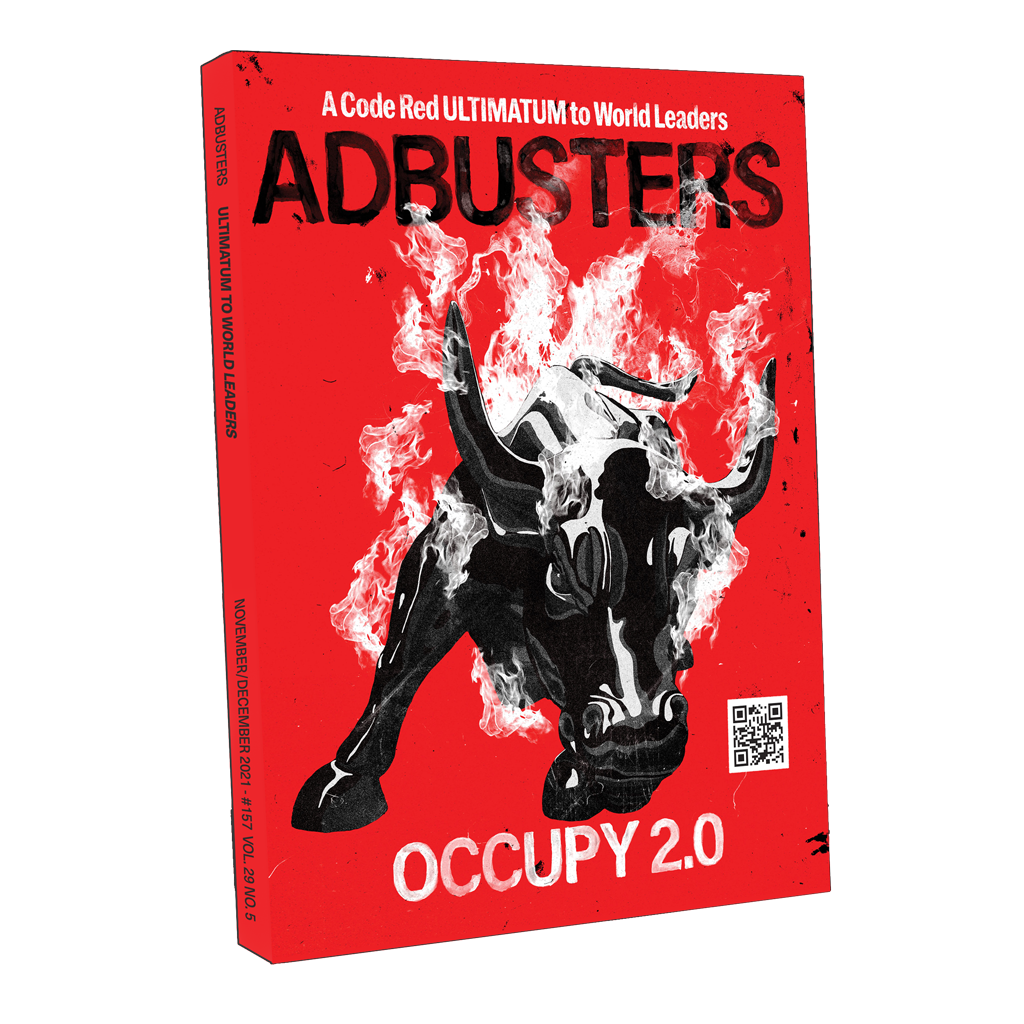