Not Radicals, But Self-Propagandizers & Fashionistas 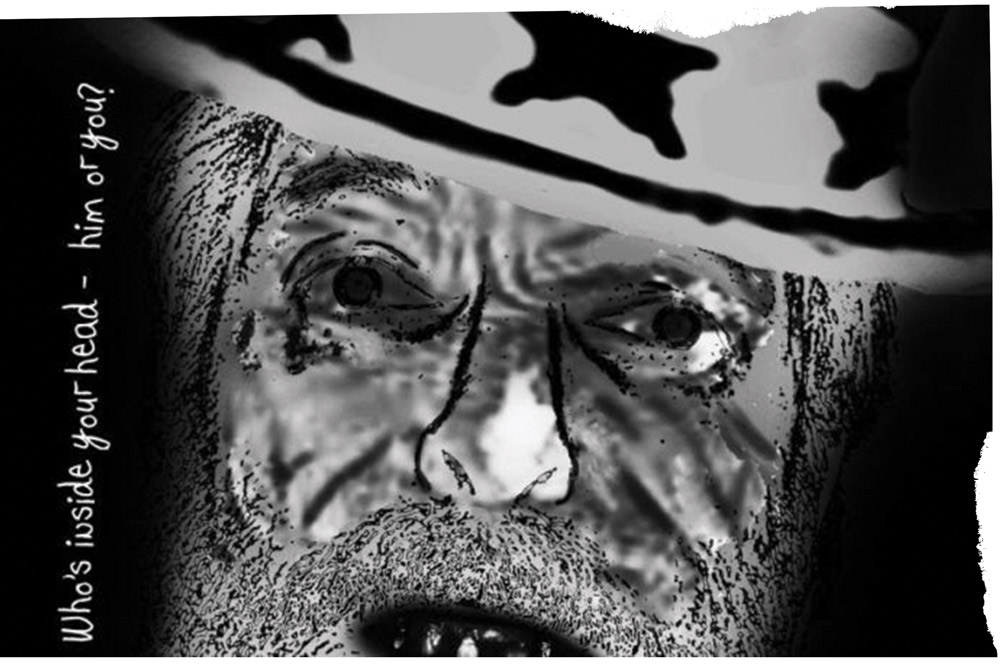 Propaganda today has evolved to an entirely different level. We are no longer propagandized exclusively as part of an audience that attends the showing of a documentary or listens to a demagogue’s speech.

Rather, with the advance of electronic communications, television, and computerization, society itself has become the propaganda-deliverer. Even rebellion is shaped by propaganda from the society it claims to reject. And since we ourselves are part of society, our status as Americans is ironic at its core: one of our functions is to propagandize ourselves.

Propaganda is no longer a type of false consciousness promoted by a few major institutions (state, the educational system, the church, etc.) in support of a dominant elite. Today, propaganda has become a way of life, a method of interaction between individuals, groups of individuals, bureaucracies, and so on.

Although the division between those without power and those with it remains central to U.S. life, the old ways (e.g., unions, social-justice organizations, etc.) of combating that division and the false consciousness that supports it are no longer viable. Unions and SJOs have become part of the problem in that they create the illusion of opposition without in fact opposing the way of life/social order.

Unions that allow the state to determine the number of strikers who can assemble at a plant gate are unions that have conceded the right to control union dissent to the state and big money. This is the core right that the original struggles for unionization refused to concede. As a result, they adopted a variety of unallowable/illegal tactics to achieve their ends, an approach today’s unions long ago relinquished.

A similar transformation occurred within civil rights organizations which gained their credentials during the civil rights/black power struggles of the 1950-70s. These organizations now concentrate almost entirely on legal issues.. Only the re-emergence of urban unrest in the form of spontaneous demonstrations against the police killings of unarmed blacks offers hope of a new era of racial justice struggles.

One could go on and on, giving examples from feminist, anti-war, and other movements of our era. They are crippled at almost every step because they believe that challenging the powers that be is only accomplished by first granting the powers that be the right to determine how, when, in what location, and under what circumstances these formations are allowed to publicly protest.

Doing so, we reinforce our roles as bottom-tiered players in a game controlled by big money and the state.

In this way, we surrender our potential and become more politically emaciated. This leads to a new state of mind. Invisibility becomes our new vanity. Nothing pleases us more than to have grown so thin and weak that we are for all practical purposes unseen.

In our own world, of course, we can still be seen. In the shadows at the base of the Power World to which we have no access, we are visible to those who also play-act at leading meaningful lives.

But to those in power, we are invisible beings of no consequence, except as part of the gluttonous mass which throbs outside society’s power-centers, panting for everything capitalism sells — commodities, wars, myths of freedom, love of the homeland and its flag at all costs.

We’re not radicals, we’re fashionistas. We don’t buy into a political vision but instead buy a way of looking, a style. Worship/purchase of style is itself a political vision, rooted in an ontology which begins with the premise that decoration is the ultimate real. As a result, goals have changed.

Being antiwar is no longer the issue; the issue is dressing and talking in specific ways, surrounding oneself with the cultural artifacts of being antiwar. In this manner, one becomes antiwar while participating in the dismantlement of an existing antiwar movement, joining a self-labeled progressive contingent to elect a president (2008, 2012) who as a candidate helped redefine “anti-war” to mean “let’s continue to go to war but in Afghanistan instead of Iraq”.

The fact that on many levels politics is reducible to fashion isn’t new. It is, however, more prevalent today than in capitalism’s previous stages.

The evidence is everywhere: the New York Times ’“Styles” section, red carpet fashion with as much coverage as the awards ceremonies they precede, and the makeover craze. Even tattooing has evolved in the West from a type of nonconformity into an indispensable fashion statement for those anxious to convince the world of their “outsider” bonafides.

The use of tattooing, as with the employment of other forms of body art, symbolic images, and gestures to signify identity, has become part of a process in which a symbol (e.g nose rings) which supposedly symbolizes some aspect of our character (e.g. our rebelliousness) ends up substituting for the very attitude it theoretically rejects.

In fact, the internet is itself a mall — a digital marketplace available at every hour of the day, no matter the time zone. It’s the biggest advancement in consumer capitalism’s march forward since the birth of modern advertising in the early twentieth century.

At Amazon, eBay, Craigslist, and niche sites catering to the needs of specific groups, there’s a place for everyone to shop: foot fetishists, Lutherans, anarchists, Minnesota Vikings fans, Green Party members, and so on.

No form of dissidence or nonconformity leads away from the existing political system. All lead, albeit by different routes, to the system – i.e., to the marketplace where one buys whatever is necessary to establish who one is.

This is one of the ways in which propaganda has become a way of life, reducing everything we do, no matter how much we insist otherwise, into a reinforcement of, and an advertisement for, the very system we claim to see through and rebel against. We have become the agents of our own indoctrination.

Our actions help to fine-tune a society in which Nietzsche’s “revolution in values” has become not a revolution in insight but a prod to maxing out our credit cards. By tracking our every move, digital systems transform our biological needs and intellectual interests into data to help companies inundate us with an endless slew of new products and entertainment. Capitalism sells us ourselves in order to keep going.

This is “who you are is what you buy” raised to the highest level. It is capitalism’s ultimate mockery of Marx whose working-class revolution, long ago devitalized by the system’s effective crushing of all movements for the radical expansion of democracy.

This analysis may seem pessimistic or cynical to some. It isn’t.

It is merely a description of advanced capitalism/imperialism experimenting with ways to turn everything under its influence into a functioning part of the apparatus that it is.

What this picture does NOT indicate is what cleverly made tools may be developed, then used to wreck the apparatus. Such a wrecking is entirely possible. What doesn’t seem possible, however, is that the source of this wrecking will spring from within the apparatus’ core: the United States. To do so would be the equivalent of toppling ourselves, a form of self-dethronement, a suicide.

But it could happen. Doing so will require rejecting our current governmental/economic structure and creating a mass movement for radical people-oriented change that is prepared to bring corporate power to its knees and prevent any of society’s major institutions, including the two main political parties, from interfering with our goals.

If such change does occur, it won’t be nice and we certainly won’t be able to look to the government for advice. We’ll have to produce our own advice and carefully choose our international allies from similar movements around the globe.

—  Robert Bohm has been a political activist since his discharge from the army in 1968. He is currently working on a book about the plight of the U.S. left. His most recent book of poems is What the Bird Tattoo Hides. 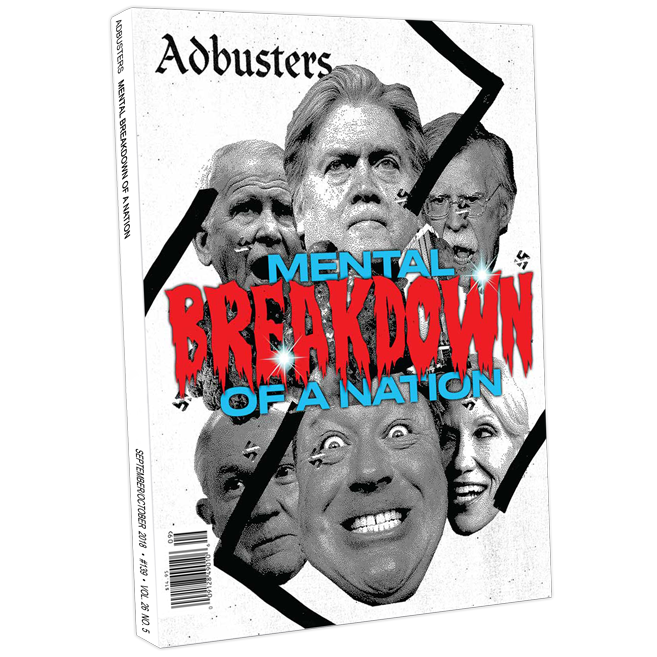 139
-
The Mental Breakdown of a Nation