Can we break the spell? 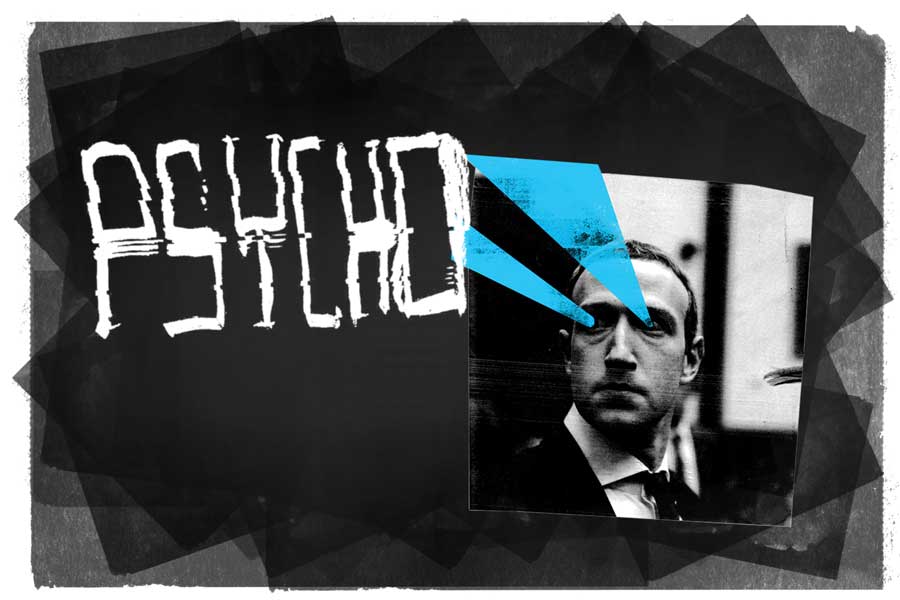 At its start, the internet was still relatively scarce, in the sense that we generally wanted more of it everywhere. iPhones were new; we were still excited about carrying portals to that utopia in our pockets and finding new ways to integrate two domains that were previously separate. Ten years ago, I could sit in a bar and wish that it better reflected the future I was experiencing. Today, a growing number of people understand the internet as something more akin to an all-encompassing miasma, one that seeps into every available corner of the world to watch us, listen to us, commodify us, and manipulate us — a condition from which the only true relief is physically walling ourselves off.
— Drew Austin 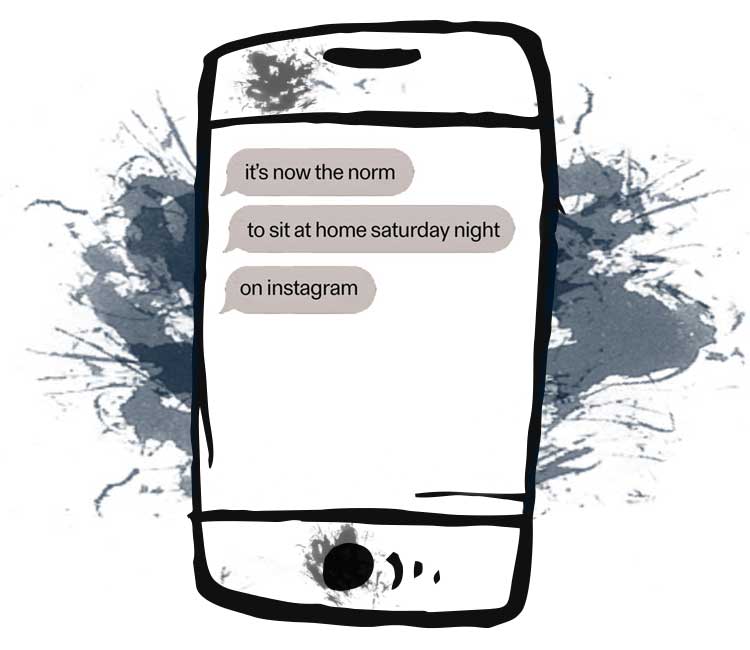 In October, the Centers for Disease Control and Prevention reported that after a stable period from 2000 to 2007, the rate of suicide among those ages 10 to 24 increased significantly — by 56 percent — between 2007 and 2017, making suicide the second-leading cause of death in this age group, after accidents like car crashes.
“We’re in the middle of a full-blown mental health crisis for adolescents and young adults,” said Jean M. Twenge, a research psychologist at San Diego State University and the author of the book “iGen,” about mental health trends among those born since 1995. “The evidence is strong and consistent both for symptoms and behavior.”
Along with suicides, since 2011, there’s been nearly a 400 percent increase nationally in suicide attempts by self poisoning among young people. “Suicide attempts by the young have quadrupled over six years, and that is likely an undercount,” said Henry A. Spiller, director of the Central Ohio Poison Center, who called the trend “devastating.” “These are just the ones that show up in the E.R.”
— from Time to Sound the Alarm Over Youth Suicides, by Jane E. Brody,
The New York Times 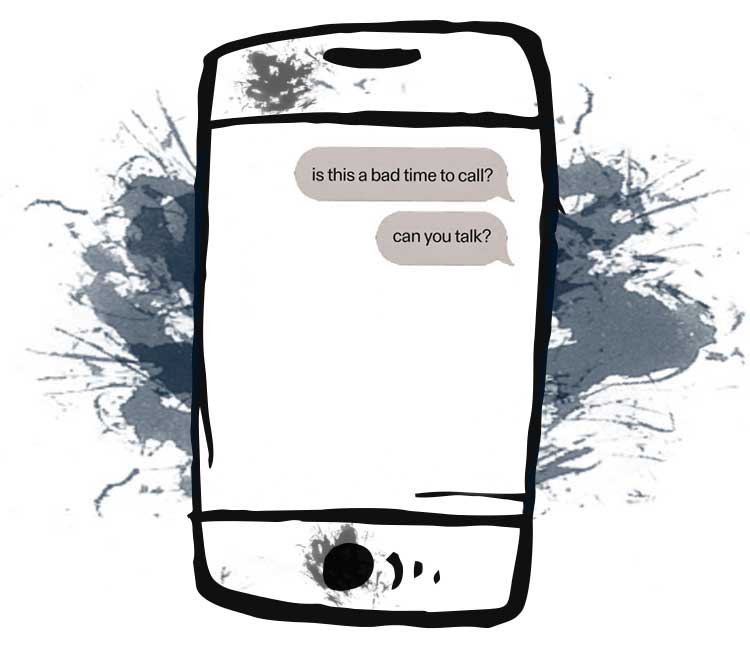 To allow others to think about us in whatever way they feel like — perhaps to laugh at us, perhaps to dismiss us — is a huge loss of control. So why do we allow it? What is the attraction of it? I think that it’s the increase in control we get in return. Social media has enabled the Great Control Swap. And it is happening right now, beneath our notice.

The first baby step toward the Great Swap was the shift from phone calls to texts. A phone interaction requires participants to be “on the same time,” which entails negotiations over entrance into and exit from the conversation. Consider all the time we spend first on, “Is this a bad time to call? Can you talk?” And then later on, “O.K., gotta go, talk to you soon, see you later, good talking to you . . .” (It’s only in the movies that you can just hang up on someone.) Everyone has been in a phone conversation that ended much later than they wanted it to; the form subjects us to the will of another.
A text or email interaction, by contrast, liberates the parties so that each may operate on their own time. But the cost comes in another form of control: data. Homer’s “winged words” fly from the mouth of one directly to the ear of another, but text-based communication requires stationary words: One person puts them down, so the other can come along and read them at their leisure. And that means they leave a trail.
Imagine a man conducting a romantic affair exclusively by email. He needn’t lie to his wife about fake “business trips,” since he can pursue his shenanigans right under her nose.
Likewise, he avoids undesirable entanglements with his mistress: He doesn’t even need to buy her dinner! Email allows him the control to steer the two women out of the way of one another — but the price he pays is a very robust data trail. His affair has a text archive. If his mistress decides to write a book about it, she can be scientific. She needn’t rely on memory or vague impressions. She can systematically analyze their interactions and quote his exact words.
— from Agnes Callard,
The Real Cost of Tweeting About My Kids,
The New York Times 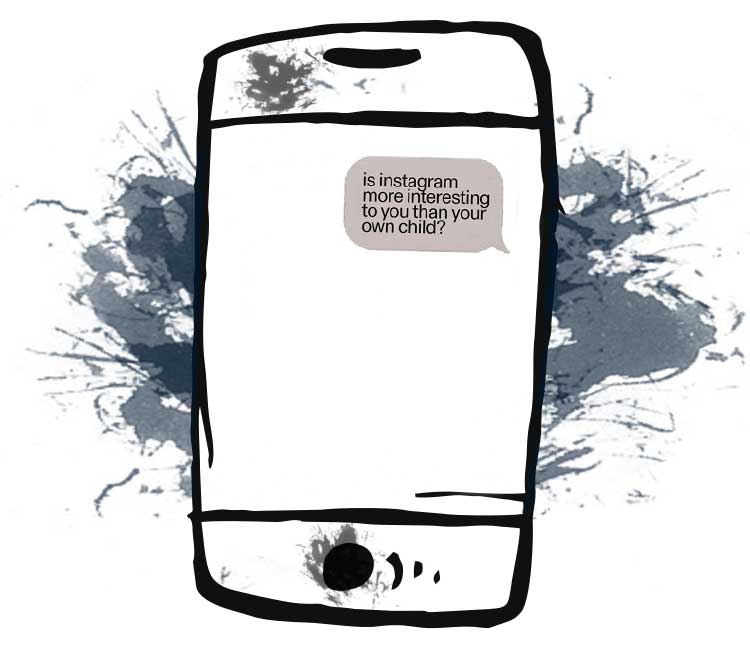 Tallie Baram, a neurologist at the University of California, devised an experiment with baby rats. She wondered how it would affect them down the line if their mothers were constantly distracted.
One group of rats was raised in a cage without enough nesting material — so the moms were constantly running around looking for more bits of soft stuff instead of paying attention to their children. The control group got enough material in their cage to create a comfortable home — so those mother rats did attend properly for their pups.
The researchers monitored both groups of baby rats as they grew up.
By adolescence, a clear trend had emerged. Something had happened to the rats raised by distracted mothers. They showed less interest in food, explored less, played less, and were more listless than the control-group rats. (The results were published in Transactional Psychiatry.)
In a similar human experiment, psychologist Sarah Myruski and her team looked at the development of babies of moms who were constantly on the phone. The results, published in Developmental Science, confirmed the worst. Those neglected kids were distressed, less curious, and slower to recover their spark after mom tuned back in from cyberspace. Baram, the neurologist, just received a $15 million grant to do a massive study of the consequences of fragmented parenting caused by epidemic cellphone addiction.
‍
But one question won’t be answered, because it’s one of philosophy, not science:
‍
What does it mean when your Instagram feed is more interesting to you than your own child?
— Harry Flood 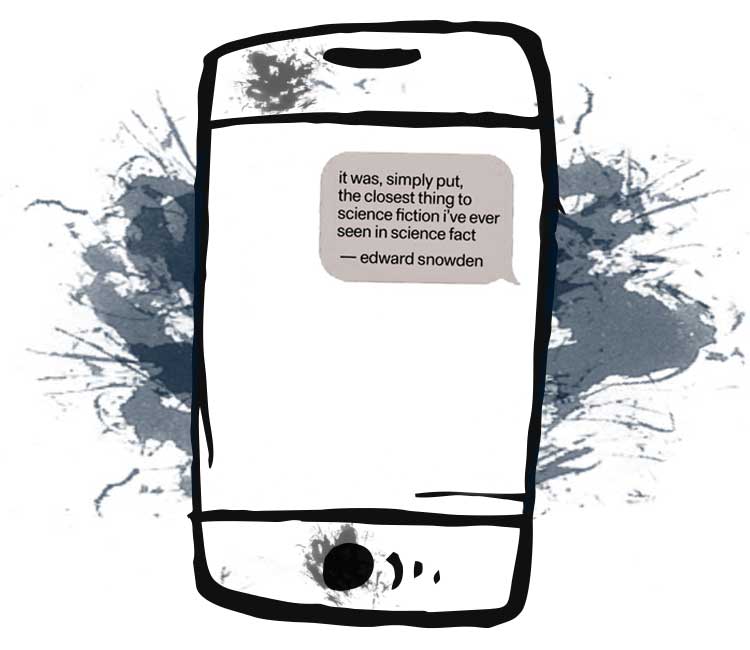 Edward Snowden, late in the pages of his memoir, Permanent Record, describes his sensation at being personally introduced to XKEYSCORE, the NSA’s ultimate tool of intimate, individual electronic sur veillance. Among the NSA’s technological tools (some of which Snowden aided in perfecting), XKEYSCORE was, according to Snowden, “the most invasive . . . if only because [the NSA agents are] closest to the user — that is, the closest to the person being surveilled.” For nearly three hundred pages, the memoir has built to this scene, foreshadowed in the preface, in which the whistleblower-in-the-making sees behind the curtain:

I sat at a terminal from which I had practically unlimited access to the communications of nearly every man, woman, and child on Earth who’d ever dialed a phone or touched a computer. Among those people were about 320 million of my fellow American citizens, who in the regular conduct of their everyday lives were being surveilled in gross contravention of not just the Constitution of the United States, but the basic values of any free society.

The steady approach to Snowden’s come-to-Jesus encounter with XKEYSCORE is as meticulous as the incremental unveiling of the terror of Cthulhu in an H. P. Lovecraft tale. Snowden himself alludes to this parallel:

It was, simply put, the closest thing to science fiction I’ve ever seen in science fact: an interface that allows you to type in pretty much anyone’s address, telephone number, or IP address, and then basically go through the recent history of their online activity. In some cases you could even play back recordings of their online sessions, so that the screen you’d be looking at was their screen, whatever was on their desktop.

And: “It was like watching an autocomplete, as letters and words flashed across the screen. But the intelligence behind that typing wasn’t artificial but human: this was a humancomplete.” And:

— from Snowden in the Labyrinth,
Jonathan Lethem, New York Review of Books 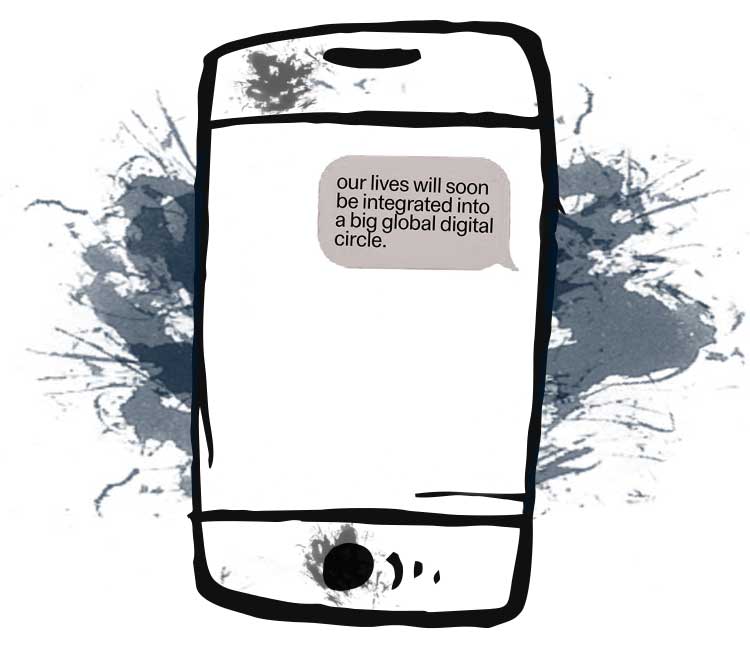 The drones above us can be understood as harbingers of a total digital colonization that is already being undertaken by Silicon Valley through the ‘internet of things’ (a phrase connoting the absolute integration of our homes, vehicles, and infrastructure of our lives into one single network); ‘smart cities’ (the privatization of our cities’ infrastructure by Silicon Valley); social networks (Facebook, Twitter, Instagram); Google transport innovations (drones, Tesla Motors), Big Data, total surveillance, AI, VR, and last but not least, ‘immortality’ (Silicon Valley’s dream that we will upload our brains and live for ever). All these fields of massive investment and radical innovation are transforming our reality in such a profound way that every aspect of our lives will soon be integrated into a big global digital Circle.
— Srecko Horvat, Poetry from the Future 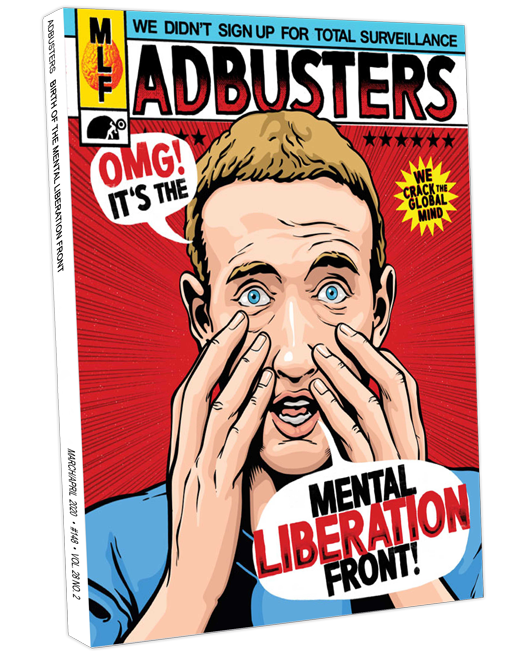